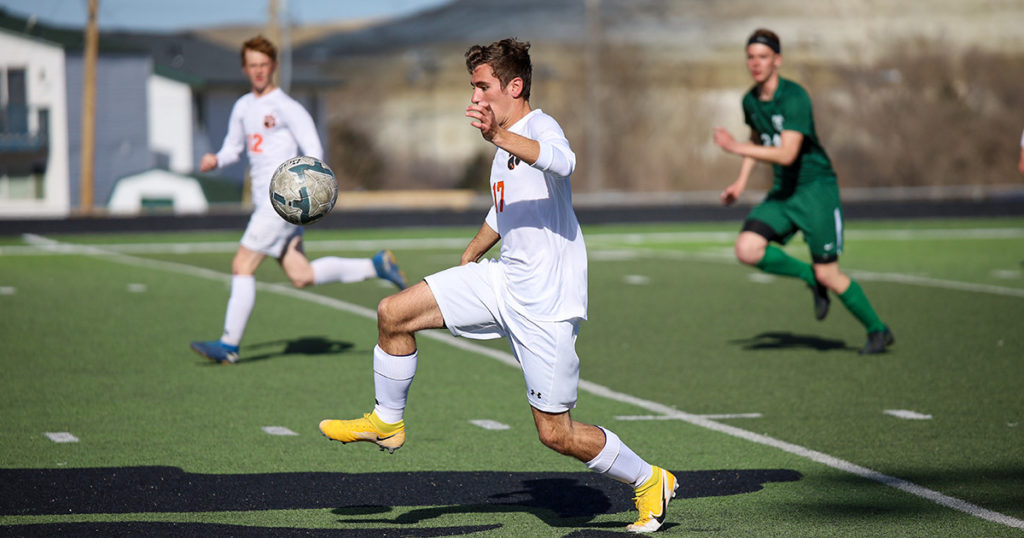 In their previous matchup in Rock Springs, it was the Tigers who won both games against the Wolves, which resulted in a combining total score of 16-1. Rock Springs once again dominated in the second matchup of the year, winning both games.

The Lady Tigers and Lady Wolves played first, with Rock Springs securing an 11-0 victory. Rock Springs’ put up six goals in the first half and another five in the second half. The Tigers improve to 9-2 on the season, while the Wolves fall to 2-9.

In the boys game, the Tigers and Wolves battled it out in a game that favored Rock Springs 2-1 at the final whistle. The Rock Springs victory improves their record to 6-6, while the Wolves fall to 1-11.

The Wolves will play again tomorrow on the road against Evanston, with the girls game set to begin at 3 pm and the boys game to follow at 5 pm.

As for the Tigers, both teams won’t play until next Friday when they travel to Casper to take on Natrona County. The girls will play at 4 pm, while the boys are set to play at 6 pm.