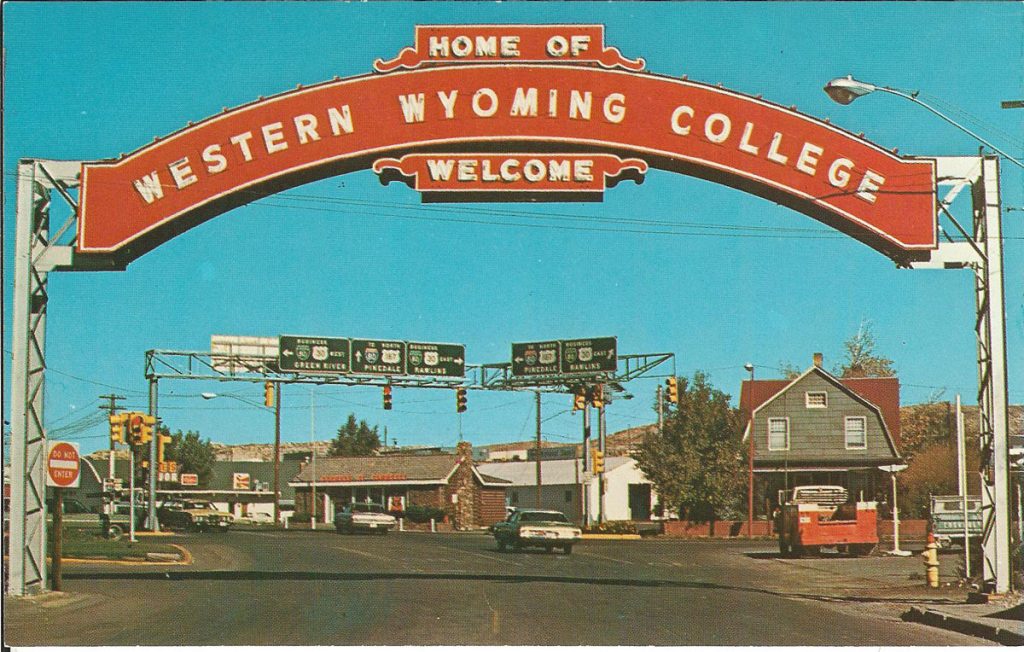 Alas and alack, coal mining in Rock Springs dwindled to a halt in the 1950s, as trains switched to diesel power and houses installed furnaces using gas heat.

Moreover, the era of widespread passenger train service was coming to end, as air travel became more popular. Even prior to the 1950s, the Coal Sign had been moved around.

According to the Rock Springs Photos pages of the “Wyoming Tales and Trails” website, www.wyomingtalesandtrails.com, in the late 1930s, the State of Wyoming conducted a program of eliminating grade-level crossings of the Union Pacific Railroad, including “C” Street in Rock Springs.

Many of the people living in 1929 were still around in the 1950s and they did not want to see their Coal Sign go away. The sign merely changed its location around some more. The “Rock Springs Coal Welcome Sign” article says:

“When the Lincoln Highway was relocated, the sign was moved nearer the log cabin Chamber of Commerce building on Bridger Avenue where it remained until Western Wyoming Community College refurbished it, changed the colors, and erected it over the entryway to the College [1960s].

“After that, it was dismantled, and nearly destroyed, until 1994 when the Rock Springs Historical Museum Board, with assisted funding from the Wyoming Centennial Committee, restored the sign to its earlier grandeur and returned it near its original site at Railroad Park.

“On September 7, 1997, the sign was rededicated by former Governor Mike Sullivan who reminded the community that ‘Welcome’ is still a very large part of Rock Springs and Sweetwater County; and the ‘trend of progress’ begun in 1928, when the idea for the sign originated, carries on today in welcoming progress and industry to the area.” Photos from “Wyoming Tales and Trails” website, www.wyomingtalesandtrails.com.