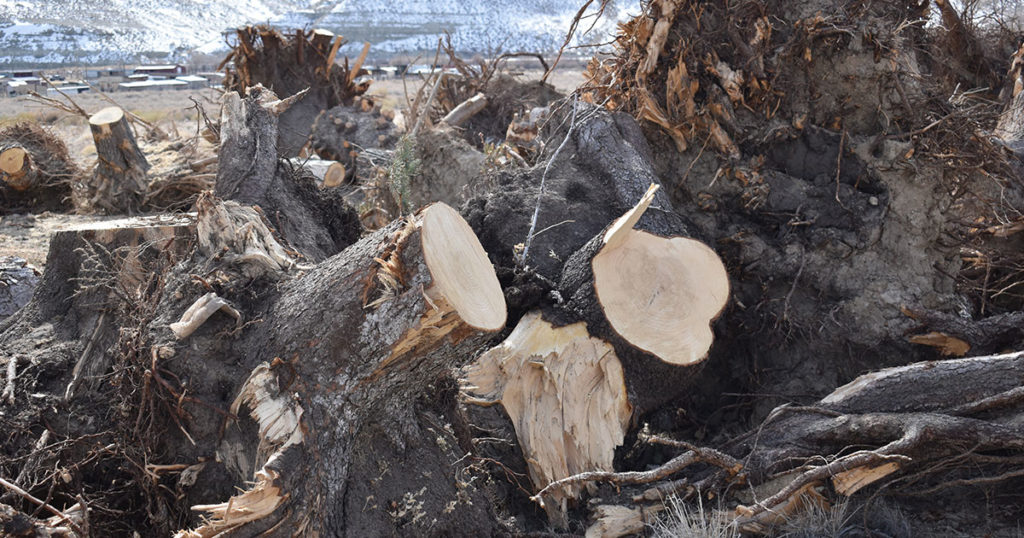 Several of the city trees that were set aside to be used as riverbank stabilization have been stolen.

GREEN RIVER — Trout Unlimited reported to the Green River Police Department this week that several of the trees they were storing at FMC Park to be used for riverbank stabilization have been stolen.

After the late-summer storm that caused hundreds of trees throughout Green River to uproot, Trout Unlimited began a process of collecting the trees to be repurposed as riverbank stabilization at Scotts Bottom.

Trout Unlimited claimed over 30 of the fallen trees due to their large size to be used in a river restoration project. The trees still had the root wads attached until Friday, February 26, when the trees were cut off from the root wads and stolen.

Nick Walrath, Green River Project Manager for Trout Unlimited, said the estimated cost attributed to the trees is about $45,000. The reason this cost is so high is because Trout Unlimited made an extra effort to keep the trees attached to the root wads so they could repurpose them.

To transfer the trees from the city parks and Riverside Cemetery to the FMC Park area, Walrath hired Longhorn Construction who had to use larger equipment and trailers due to the large sizes of the trees.

Walrath said the average cost to move each individual tree to Scotts Bottom was about $1,500.

The money for this project came from a Wyoming Wildlife and Natural Resource Trust Fund, which is state money. Walrath explained that while much of this grant is made up of royalties off of oil and gas, it’s everyone’s money.

“Really it’s every body in the state of Wyoming’s money,” Walrath said.

He added that these trees are quite unique as it is rare to be able to find trees of this size in Green River and the state of Wyoming as a whole. To find these large trees, Trout Unlimited would typically have to look outside of Wyoming and pay even more to transfer them all the way to Green River. When the storm hit the city, though it was devastating to the community, it provided an opportunity to Trout Unlimited to take action toward starting the riverbank restoration project.

“Where else can you find those trees nearby and use them in a river restoration project like this?” Walrath said.

Since September, the trees have been stored between the shooting range and the archery barn at FMC Park, and trees are tagged with signs that say they are city property.

If anyone has any information regarding this case, please contact the Green River Police Department at 307-875-1400. The investigation is ongoing. 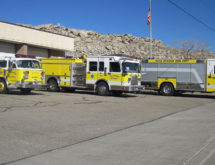