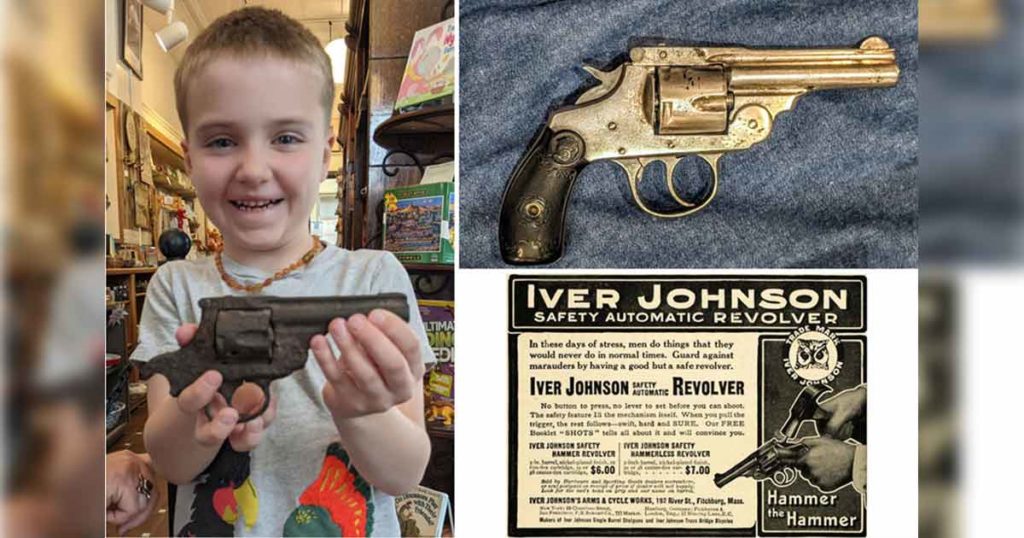 Danny Tuttle of Green River with the Iver Johnson Safety Automatic revolver left to him by his great-grandfather, who found it in the desert near Rawlins in the 1940s. The Iver Johnson shown here is currently part of an exhibit at the Sweetwater County Historical Museum.

GREEN RIVER — A budding historian brought a century-old handgun to the Sweetwater County Historical Museum for examination this week.

Six-year-old Danny Tuttle of Green River, a regular museum visitor, is the owner of a badly rusted revolver that was found hidden beneath a rock in the desert near Rawlins area by his great-grandfather, Jesse Lloyd Tuttle, in the 1940s. Museum staff determined the pistol to be a .38-caliber Iver Johnson Safety Automatic revolver, which first appeared on the market around 1896.

Iver Johnson placed particular emphasis on the revolver’s safety system, which prevented it from firing until the trigger had been pulled completely to the rear. Their slogan was “Hammer the Hammer,” and Iver Johnson ads featured a photo of the pistol’s hammer being struck with a claw hammer to graphically demonstrate its safety.

The Safety Automatic was not a top-shelf firearm. It’s only real claim to fame is a morbid one:  Leon Czołgosz used one to assassinate President William McKinley in Buffalo, New York, in 1901.

There may be something of a mystery attached to Danny’s old pistol. Museum staff who examined it noted that had been badly and deliberately battered:  the trigger guard was bent upward, apparently an intentional act when the pistol was struck against a rock or other hard object, and the front sight was flattened, probably with a hammer or other blunt metal tool.

“Add to that the fact that it was concealed beneath a rock,” Museum employee Dick Blust said, “and it’s pretty clear the gun was hidden for a reason.”

The museum, located at 3 East Flaming Gorge Way in Green River, has an Iver Johnson Safety Automatic of its own currently on display. Museum hours are 9 a.m. to 5 p.m. Tuesday through Saturday, and admission is free.

People with a vintage firearm or firearms who would like to learn more about them are encouraged to contact the museum at (307) 872-6435 or via email at sweetwatercountymuseum@outlook.com.

There is no charge for the museum’s firearms research service. 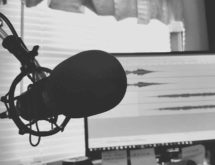