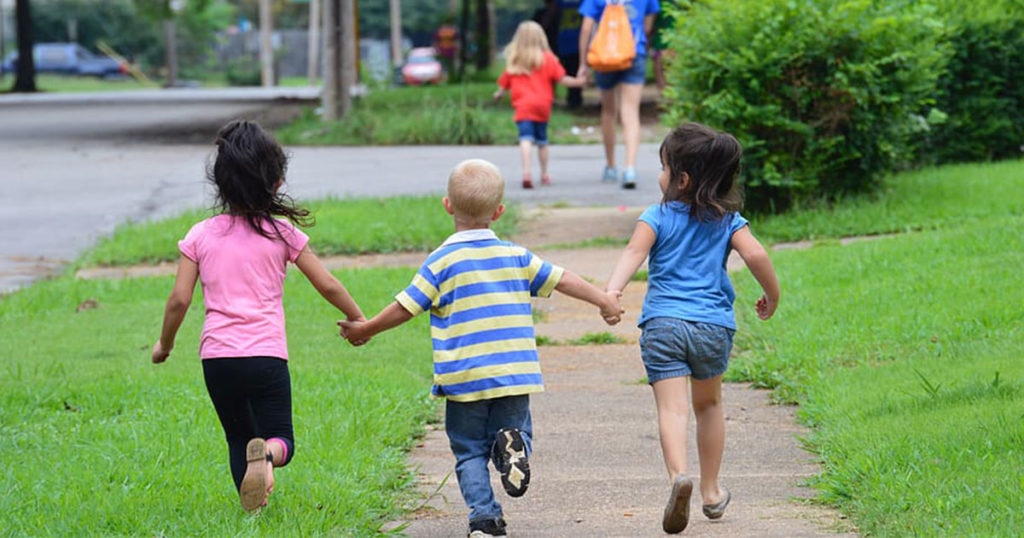 SWEETWATER COUNTY — With the tough financial times the state of Wyoming is facing, and the even tougher budget cuts being made, a program for at-risk youth is on the chopping block.

The Magellan Wraparound Program, which was started in Rock Springs, is a program for at-risk youth dealing with anything from possible displacement from the home, behavioral issues at school, to struggles with mental health.

“It’s hard for me to put into words what we do because we’ve done so many amazing things,” Kyla Maestas, Wyoming Behavioral Health Provider for Wraparound said. “There’s so much that our program does, there’s literally nothing we can’t do, but basically we work with youth who are at risk.”

Maestas said her agency, and the agencies around the state, just found out last week that this program could be terminated. Half of the funding for the program comes from the federal government, while the other half comes from the state.

“My concern is, even I, as a provider, didn’t know this was happening, and the language in the budget is to eliminate this program,” Maestas said. “The governor himself is advocating for the elimination of this program, which is shameful, if I’m being honest.”

Mental health is not something we should be cutting in the middle of a public health emergency.

However, Maestas said not only would this be drastic for the state’s mental health, but it would also cost the state more money.

“They’re looking at this program as a place to cut, but what they don’t realize is the amount of money we save our local communities and our state. My agency alone in the last 30 to 45 days has kept eight kids from being placed into protective custody if we hadn’t intervened,” Maestas said. “And because we did intervene, the kids were placed back into the community, they didn’t get put into foster care.”

Maestas said that when kids are in the foster care system, those dollar amounts add up fast. Wyoming foster care rates vary from $835 to $850 per day for one caretaker, according to the Interstate Compact on the Placement of Children (ICPC) State Pages.

She also said that Wraparound keeps youth from having to go through Psychiatric Residential Treatment Facilities (PRTF), which also saves the state money.

“The health and the mental health of the state of Wyoming has not been well for a long time and those suicide rates are not dropping,” Maestas said. “This program is getting it done.”

Maestas pointed out that her agency is just one of several around the state, and each agency is directly working with youth who have suicidal ideation.

There is also language in the budget that suggests the state may look at reinstating the program in 2023 or 2024, but Maestas said this will damage the work they do and have done.

“Right now, with this program up and live, we are very much in a preventative state. Every once in a while we’re working early intervention and crisis, but if this program is eliminated for two years and then we decide to pick it up, what will the mental health look like in our state? It’s going to look worse than it is now, and that terrifies me,” Maestas said.

Michelle Bleckler, a resident of Park County, said there are very few programs working to help individuals who are struggling, but Wraparound is one that is not only working to help, but has seen success.

“I took on guardianship of my granddaughter when she was two and a half years old. My son had a serious drug addiction, and her mother was nonexistent in her life,” Bleckler said. “Although I rescued her at an early age, it was not early enough.”

“She started therapy at the age of three, and it did little to help with the daily situations at home. When she was almost six-years-old, she had a psychotic break and decided to jump from the roof of our house to become a ‘ghost like Casper’ so that she could forget what her parents had done to her,” Bleckler said.

She caught her granddaughter at the last second.

After undergoing the process of Title 25 for involuntary commitment and going to the Wyoming Behavioral Institute (WBI) in Casper multiple times, her granddaughter was eventually placed in St. Joseph Children’s Home in Torrington where she spent six months.

After Bleckler’s own health issues made her unable to work, she was terrified of who would advocate for her granddaughter. After another psychotic break and more suicidal ideation, her granddaughter was placed in a PRTF. Shortly after, Bleckler got in touch with Wraparound, in which a team was immediately assigned to both Bleckler and her granddaughter.

For the first time in 11 years, I had a support group to help me.

Recently, Bleckler had to be admitted to the emergency room (ER), and due to COVID-19 precautions, her granddaughter wasn’t allowed to stay with her in the ER.

“I knew that she couldn’t be by herself and in a moment of desperation I contacted our team leader. Within 10 minutes, she had our team together after 9 pm and Zoom meeting set up so that they could support my granddaughter so she wasn’t alone in the house until I could get discharged,” she said.

In terms of helping her granddaughter, Wraparound has set her up with a Big Sister, and they have gained her trust.

“They are helping her maintain a behavior in a good direction. We’ve only been in the program for two and a half months and already there is a difference. I have a support system that I could only dream about, and the depth of my gratitude can’t even be put into words,” Bleckler said.

Tiffani Jones found herself in need of Wraparound’s help, and she gives credit to the program for providing her the resources to bring her family together in a loving home. She found herself in abusive relationships and ended up “lost, seeking partnership and friends from people who were no good,” she said.

After a woman who Jones trusted burned one of her sons severely and beat her oldest child, DFS got involved and took Jones’ children from her.

“I was lost and I felt worthless, like I could not be a mother, and maybe it was a good idea that the state took my kids,” Jones said.

However, Wraparound entered the picture and gave her the resources to identify a “safety net of people” to rely on.

“Wraparound was there for my son. They helped him get control of his anger. They showed him love and support, something he didn’t get much from other people. They help me work through his struggles, his anxiety,” she said.

Now her son has developed a love for cooking, and Wraparound has made a personal cookbook for him to experiment with new recipes each week.

“He feels comfortable talking to them, and they took a very long time to establish that trust and never gave up,” Jones said.

She said eliminating the program would cost the state more than what they would gain.

“I gave up being a mother. I felt like I couldn’t do it, and [Wraparound] gave me that power back. They gave me a system of support. I have my kids back now and have full custody, and I am working hard every single day, thanks to Wraparound,” Jones said.

Nathan Schwartz said his family has faced some of the toughest times of their lives the past two years, and Wraparound has been hugely beneficial for them.

“Wraparound has given our family so much support with finding mental health providers, rental assistance, tutors, and community connections. They have taken the strain and stress as a single parent of three kids during these trying times away, and made it possible four our family to grow closer, stronger, and be successful,” Schwartz said.

He said he’s seen his kids go from having troubles processing emotionally, being in out of placements, and failing school to being able to cope from home and holding a 3.0 GPA.

“Without this service, my family would not be where we are now,” he said.

Leah Gillen said her family received a call a few years ago from her son’s middle school counselor, who said her son had been experiencing suicidal thoughts.

“We were devastated and shell shocked,” she said.

Gillen called Wraparound and they immediately started work to set her and her family up with tools to help themselves and her son. She said without Wraparound, they “would have never noticed the cut marks on his arm.”

One on one work with mental health is crucial.

“Having people there who listen to your story, your ideas, your family’s needs, celebrating your milestones, being that coach, that morale support. Helping your family with a diagnosis, a disorder, understanding how to de-escalate your kiddo. All of that was made possible for us because of the Wraparound program,” Gillen said.

Gillen’s son said Wraparound has helped him and many other’s with depression and suicidal thoughts.

“The people there help you come up with coping skills when you’re stressed, mad, or even thinking about hurting yourself or others, and they offer one on one work,” he said.

Teaching How to Advocate

Ashley Gautreaux said that after her husband relapsed and was placed in jail, she was left to care for their four children by herself. Due to her own mental struggles, her children were placed into foster care.

“I then attempted to take my own life due to the feeling of hopelessness, shame, and the feeling that things would only get worse,” she said.

Her Wraparound partner not only found Gautreaux the mental health resources needed, but she went to the doctors appointments with her.

She taught me how to advocate for my family’s and my daughters needs.

Wraparound and Maestas gave Gautreaux the skills to communicate with her children and discipline them in effective ways. Maestas also helped her build a financial budget binder. When DFS was trying to place Gautreaux’s oldest daughter into an inpatient facility, which would have cost the state of Wyoming upwards of $50,000, Maestas fought against out-of-home placement.

“This program isn’t only for the children, it also supports the parents and the rest of the family. It would be a shame to not have this program available to others who need it,” Gautreaux said.

For more information about Wraparound, visit Magellan Healthcare in Wyoming, or the Acceptance and Ability Focused Services and Supports Inc. Facebook Page.

SweetwaterNOW and our community partners at Southwest Counseling remind you that at any time if you or someone you know may be struggling, please call the National Suicide Prevention Hotline at 1-800-273 TALK (8255).