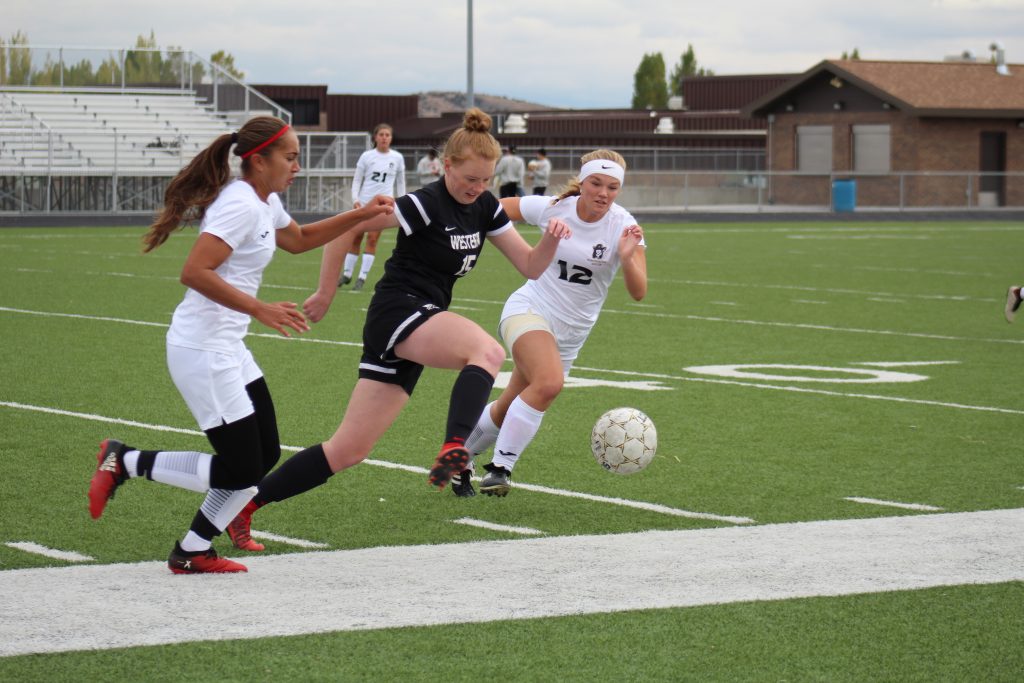 The WWCC Women’s Soccer team won their Region IX Semi-final match in Denver Friday afternoon, against Gillette College, 1-0. The win against Gillette promised the Mustangs a spot in the Championship match.

Sophomore forward Maylee Thompson, from Star Valley, scored the goal near the end of the first half the Mustangs.

Western was able to maintain the lead throughout the second half of the match. Freshman Goalkeeper Markell Freeman recorded a shutout and tough defensive play by the entire squad helped them secure their victory.

With this win the team advances to their first ever Region IX Championship match against LCCC.

Match time is scheduled for 3 p.m. MST in Denver. The game can be viewed at https://boxcast.tv/channel/gkf41locuen3s97e6do.