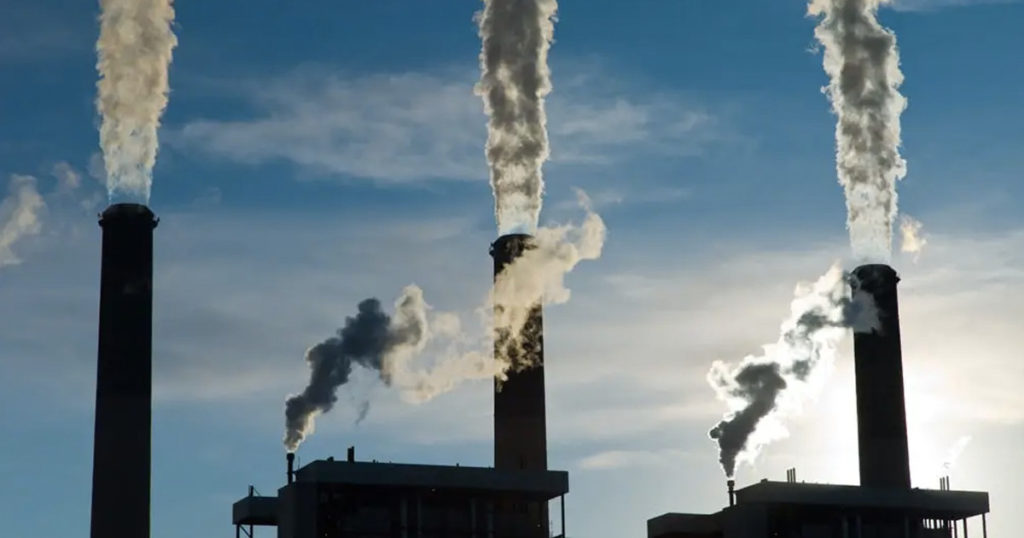 PacifiCorp could be forced to shut down one of four coal-burning units at the Jim Bridger power plant at year’s end unless it is granted more time to comply with federal haze standards, according to landowner advocacy group Powder River Basin Resource Council.

Neither PacifiCorp nor the EPA has indicated that a shutdown is imminent.

Meantime, Wyoming will sue EPA for its alleged failure to act on Rocky Mountain Power’s proposed revisions to the regional haze plan for Jim Bridger, Gov. Mark Gordon said in a Nov. 15 “notice of intent” letter. Those revisions would remove the SCR controls requirement.

Rocky Mountain Power believes it will remain in compliance with its federal emissions permit despite not installing the SCR technology, according to a spokesman.

“Our objective continues to be to maintain compliance and operate Jim Bridger units 1 and 2 until 2024, at which time they would be converted to use natural gas fuel,” Rocky Mountain Power spokesman David Eskelsen told WyoFile via email. “We are also committed to work constructively with both the state of Wyoming on their state implementation plan, and with EPA on resolving this regulatory issue.”

The row between Wyoming and EPA over regional haze dates back more than a decade. As the federal agency has revised standards aimed at curbing emissions, Wyoming coal-fired electrical power producers have recalculated the return-on-investment and ratepayer implications of adding emission controls to meet regional haze requirements.

Regional haze, in a regulatory context, is the degradation of visibility via human-caused emissions that diminish the characteristics and enjoyment of a landscape, according to EPA.

The Wyoming Department of Environmental Quality holds primacy over implementing the federal Clean Air Act in the state, and serves as intermediary between industrial emitters and EPA. In other words, EPA sets baseline or minimum standards and Wyoming DEQ works with federal permittees in the state about how to meet or exceed them.

EPA in 2014 approved Wyoming DEQ’s “state implementation plan,” which outlined how Jim Bridger and other coal-fired power plants in the state would meet emission reductions to comply with EPA’s regional haze goals. But the plan has been in litigation since, with the state and Rocky Mountain Power asking to revise the plan and conservation groups encouraging EPA to stick with more stringent controls.

In addition to installing “low-NOx burners,” the 2014 plan called for installing selective catalytic reduction, or SCR, technology to further reduce NOx emissions. Rocky Mountain Power installed SCR — and other emission controls — at Jim Bridger Units 3 and 4, which are scheduled to remain in operation until 2037. However, it has not installed SCR controls at units 1 and 2.

Both units 1 and 2 are scheduled to be converted from coal to natural gas in 2024, pending state approval.

Despite the 2024 conversion dates for units 1 and 2, the row over regional haze regulations has implications for other coal units in the state, Anderson said. “So the decision for SCR [at Jim Bridger] is not moot.”

PRBRC is one of several parties involved in ongoing litigation, as well as negotiations under a 10th Circuit Court of Appeals mediation process. Gordon’s notice of intent to sue EPA indicates that those negotiations might not result in a solution anytime soon, Anderson said. Gordon’s notice, and his chastising tone, “just takes us a step backwards from a deal that could be reached.”

Rocky Mountain Power’s proposed alternative would involve operating the coal units at lower capacities, according to Anderson. Without going into details of the proposal, Gordon said it is far more effective and cost-efficient than installing SCR technology, “at $349 per ton compared to a whopping $4,744 per ton for SCR.

EPA has not indicated any deficiencies in the alternative backed by Wyoming and Rocky Mountain Power, Gordon said. Wyoming DEQ reviewed Rocky Mountain Power’s proposal and forwarded it to EPA for its review in May 2020. EPA notified Wyoming DEQ it had reviewed the proposal and gave it initial approval in November 2020, yet the approval was never published in the Federal Register, he said.

“After the change in administrations,” Gordon wrote, “EPA decided to ignore the decision of the Regional Administrator, and reconsider his prior approval.”

“Gov. Gordon’s description of the history of PacifiCorp’s alternative compliance option for Wyoming’s state implementation plan is accurate,” Eskelsen said. “The company has always been committed to strict compliance with environmental regulations at our facilities as the requirements have developed over time.”