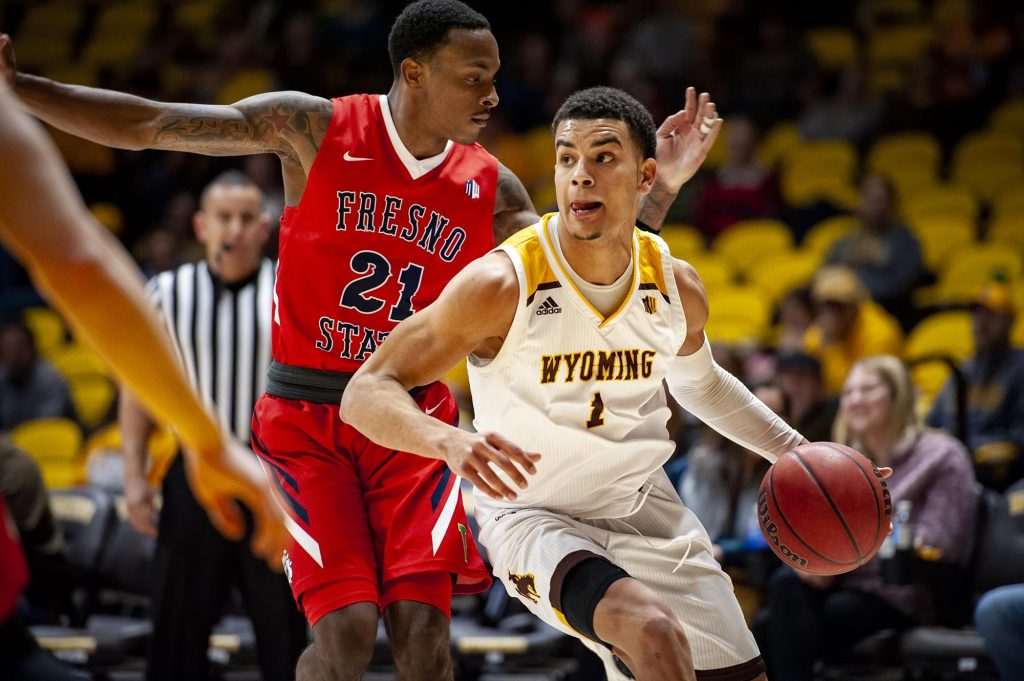 WYOMING — Former Wyoming Cowboy basketball player, Justin James, was the 29th Wyoming Cowboy to have his name called in the NBA draft. Being drafted is no small feat when considering the difficulty of making an NBA roster.

In honor of James’ accomplishment in joining the Sacramento Kings, let’s take a look back at some former NBA draft picks that came out of the University of Wyoming.

Larry Nance Jr. led the Wyoming Cowboys to the NCAA Tournament during his senior season in 2015. Nance was originally drafted by the Los Angeles Lakers in the first round with the 27th overall pick.

Nance Jr. played with the Lakers for three seasons and eventually landed with the Cleveland Cavaliers where he currently holds a roster spot. During the 2018 NBA Finals, Nance helped the Cavaliers reach the NBA Finals where they ultimately lost 4-0 to the Golden State Warriors.

In order to find the next Poke basketball player selected, you’d have to go back 20 years from Nance Jr.’s selection. Theo Ratliff was drafted in the 1995 draft in the first round with the 18th overall pick by the Detroit Pistons.

Ratliff was known for his shot blocking skills considering the fact that the big man led the league in blocked shots three times during his career. He is also 20th in NBA history for blocked shots with 1,968.

Ratliff bounced around many teams throughout his career but retired from the NBA in 2011 as a Laker. In 2005, Ratliff was inducted into the University of Wyoming Athletics Hall of Fame.

The late Flynn Robinson had quite the NBA career after playing for the Cowboys. Robinson was selected in the 1965 Draft in the second round as the 15th pick to the Cincinnati Royals.

Robinson, nicknamed the “Electric Eye,” played seven seasons in the NBA. His most notable season was with the Milwaukee Bucks in 1969. He averaged 21.8 points per game, made the All-Star Game and led the league in free throw percentage.

In 1972, Robinson celebrated his only NBA Championship with the Los Angeles Lakers. He played with the likes of Jerry West, Wilt Chamberlain and Elgin Baylor. The 1972 Lakers are still considered one of the top teams in NBA history.

Here are a few other Pokes that were selected through 1965.