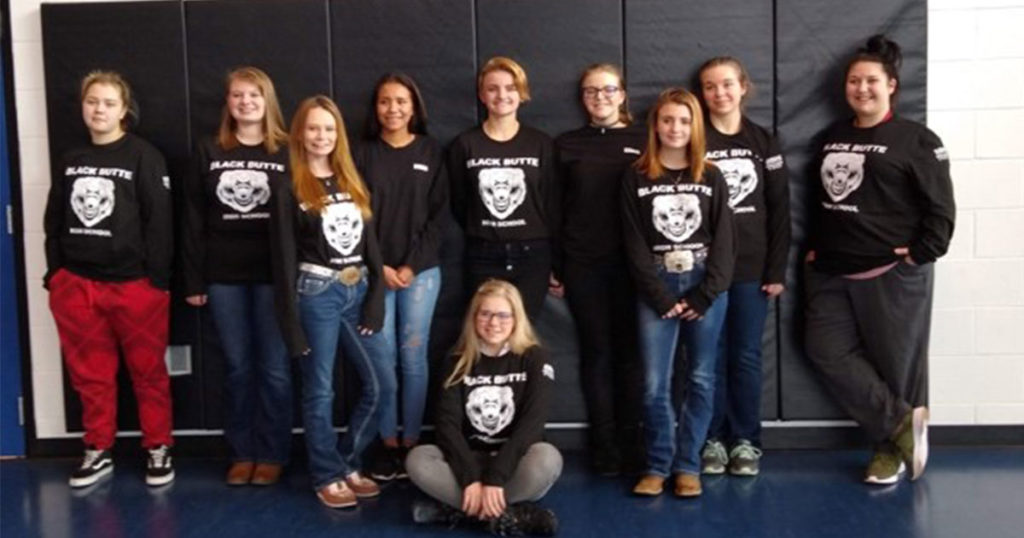 ROCK SPRINGS — After several months of hard work in coding competitions, Black Butte High School’s (BBHS) Girls Who Code team, the SuperGirls, have been selected to compete in the National Championship for Girls Go CyberStart (NCGGCS) 2020.

The NCGGCS will take place online on May 20 and 21.

“It [the competition] is completely online and is a series of challenges to capture a virtual flag,” Sharon Seaton, BBHS science teacher and Girls Who Code sponsor said.

The SuperGirls is comprised of 15 girls, grades seventh through 12th from BBHS and Rock Springs Junior High. However, only four team members are allowed to compete in the national championship. Seaton was tasked with selecting the four team members.

Elizabeth Jensen, Alyssa Martinez, Stephanie Martinez, and Quincy Stewart are the four students who will be competing on the national team on May 20 and 21.

“They were selected based on their progress in the qualifying rounds,” Seaton said.

The last three years, the BBHS team placed third at the state competition, and this is the first year they have qualified for the national championship.

“I am just ecstatic,” Seaton said. “It is such a great accomplishment for our ladies.”

Seaton said the team has had to play the game on their own since they could not meet face to face due to COVID-19 Coronavirus restrictions.

Black Butte High School and Sheridan High School are the only two Wyoming teams to qualify for the national championship this year.

The SuperGirls will be playing for $400 per team member and $250 for their school at the national championship.