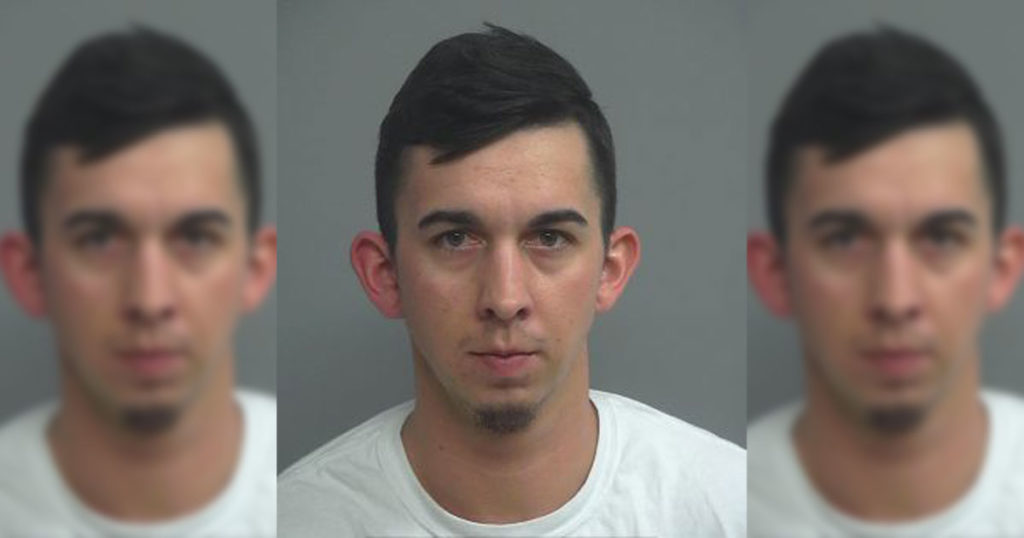 Jonathon Blair was sentenced to two concurrent 8-10 year sentences for the burglary, theft and property destruction at Hager Industries in 2019.

GREEN RIVER — Jonathon Blair will be spending the next 8-10 years in the Wyoming State Pentitiary following an argued sentencing today in Third District Court.

Blair was convicted by a jury in March on three counts related to the burglary, theft and property destruction at Hager Industries west of Rock Springs in October 2019.

Deputy County Attorney Hillary McKinney said Blair’s “criminological pattern of thought” and “historical level of accountability” displayed a blatant disregard for the laws of the state and the terms of his probations. She said Blair has been charged with 12 felonies including one aggravated burglary and 10 counts of forgery since he turned 16 years old.

Defense attorney Alex Breckenridge argued for a shorter sentence of 3-7 years saying that his client has a young daughter whom he’s been a good father to and has always done what is necessary to support his family.

However Nathan Hager, who employed Blair twice in the last decade, said he often used his daughter to manipulate people by pulling on their heart strings to get what he wanted.

Both Blair’s mother and girlfriend read letters to the court asking for some leniency in his sentence. Robison decided to give him two 8-10 year sentences for the burglary charges, six months in the Sweetwater County Detention Center for the misdemeanor property destruction charge, and 2-3 years for a fourth count of possessing a firearm while having a felony conviction.

The fourth count came from a separate case unrelated to the Hager incident that Blair pleaded guilty to in March. All four of the sentences will run concurrent, and the state declined to have Blair pay restitution in the case. He will be credited for a total of 228 days served on all counts.