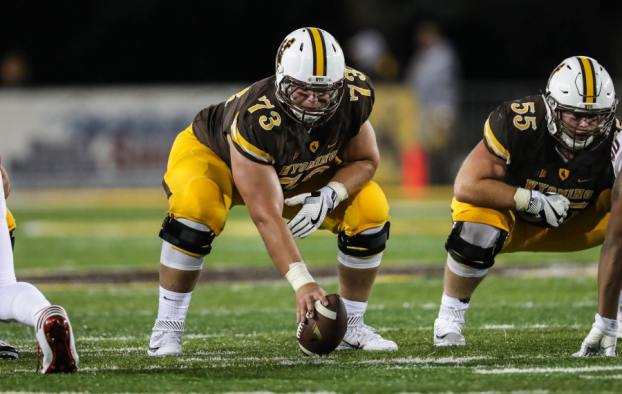 Roullier became the first Wyoming offensive lineman taken in the NFL Draft since Steve Scifres was chosen in the third round by the Dallas Cowboys in the 1997 NFL Draft. Roullier was named to the 2016 USA Today Sports Second Team All-America squad as a center, making him one of only 10 offensive linemen in the nation selected to the USA Today All-America First and Second Teams for 2016. He was voted a First Team All-Mountain West selection as a senior in voting by conference head coaches and media.

Roullier earned his bachelor’s degree in mechanical engineering at UW in December 2016. He was a four-time Academic All-Mountain West Conference selection in 2013, ’14, ‘15 and ‘16.

In the fall of 2016, he was named one of the national semifinalists for the 2016 National Football Foundation & College Hall of Fame’s (NFF) William V. Campbell Trophy. The Campbell Trophy is recognized as college football’s premier scholar-athlete award. He was also named to the NFF Hampshire Honor Society in the spring of 2017.

Roullier was selected to both the Outland Trophy Award Watch List and the Rotary Lombardi Award Watch List in 2016. He was invited to and played in the 2016 East-West Shrine Game, and was invited to and participated in the 2017 NFL Draft Combine.
The Savage, Minn., native played in 46 career games and started 40 during his Wyoming career. He was voted a team captain by his teammates both his junior and senior seasons.