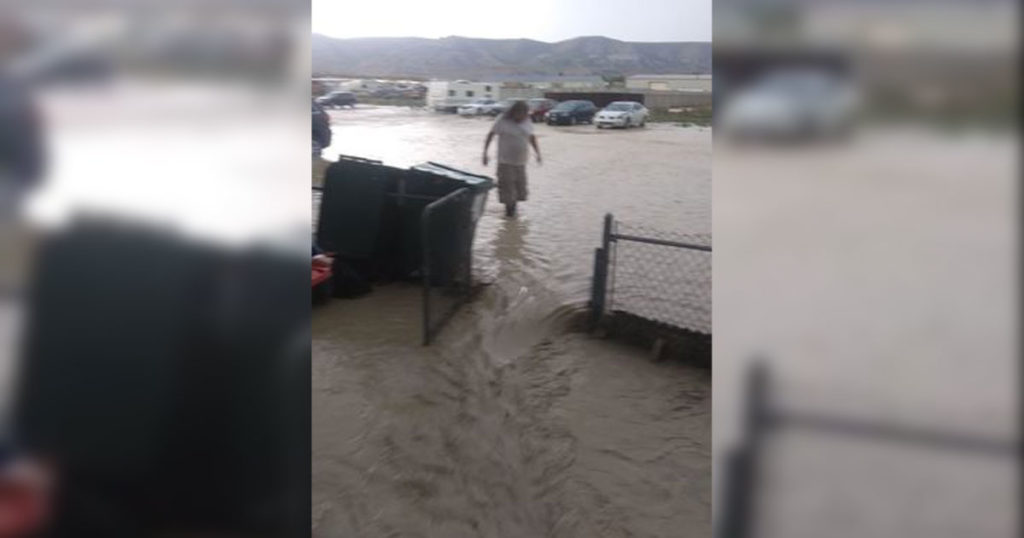 ROCK SPRINGS — After a lengthy Rock Springs City Council meeting last night, residents who spoke about how they were impacted by the flood wanted to know what will happen next.

During the Council meeting, numerous Rock Springs residents shared their emotional flooding stories with the Council. Many felt it was important for the Council to know just how much the flooding impacted their families and their homes.

While many wanted to share their stories, others suggested the city look at possible solutions to help prevent future flooding such as drainage ditches or detention ponds. Others wanted to know how the city was going to help with the damages their homes and properties sustained.

Even though the Council unanimously approved declaring a State of Emergency due to the amount of damage the city sustained during the flooding from July 28 through August 1, this action seems to only help the city with damages it received and not residents. The disaster declaration won’t necessarily bring in financial help, Rock Springs Mayor Tim Kaumo said. It can help provide resources in the form of man power to help complete repairs.

“The disaster declaration basically doesn’t necessarily mean financial. It means resources. Where we can have assistance, whether it’s man power, equipment and the like to fix those kinds of things,” Mayor Kaumo said. “It could be financial, but it would only be related to public infrastructure.”

However, the action was a necessary step in order for the city to pursue the second step, which is a Federal Emergency Management Agency (FEMA) grant that could help residents pay for damages.

Mayor Kaumo said the city has forms available for residents impacted by the flood to fill out. They were told they needed at least 25 in order to be eligible to apply for the grant, by the time the meeting started 59 residents had already filled out the online forms. The city is encouraging all residents who suffered damages from flooding or the heavy rain to fill out the form.

Unfortunately, as the city started investigating the FEMA grant, it is becoming clear that funding through this source may not even come. Rock Springs Fire Department Chief Jim Wamsley said even having 25 homes that were damaged doesn’t guarantee funding. FEMA bases funding on the magnitude of damage. For example, when Lusk had a huge flood a couple years ago, 10 homes were completely destroyed and hundreds sustained damage and yet they barely qualified for FEMA funding, Wamsley said.

“That’s the financial support we want to have our hands on that could assist those individuals who have damage to personal property,” Mayor Kaumo said.

Kaumo said this is why it’s so important for residents impacted by the flood to fill out that form, so they can assess how much damage was done and have estimates on how much repairs will cost. Some residents may have $6,000 to $8,000 in damages, while others may have $30,000 to $40,000 in damages. Regardless of the amount, the city must have numbers.

Mayor Kaumo said with the unfortunate FEMA grant news, the city has decided to host a fundraising event on August 22. While the details of the fundraiser haven’t been put together yet, the goal of the fundraiser is to provide as much assistance as the city can to residents who were impacted by the flood. He said he knows it is not going to solve everyone’s issues, but they are trying to do what they can.

Mayor Kaumo said the city is planning to host a meeting on Thursday to review its ability to go after the FEMA grant.

As for the drainage issues, the city is investigating what areas failed during the storm and what can be done to prevent future flooding. However, Mayor Kaumo said all of these projects will be very expensive and this city doesn’t have the funding to complete them.

Mayor Kaumo said the city will still come up with possible solutions and put those onto a list of projects that could be funded through the one-penny special purpose tax if approved by voters.

Mayor Kaumo said in his opinion, detention ponds are the way to go but if an area shows a diversion drainage ditch would be better, that’s what they will do. Kaumo wanted to point out that the ditches are supposed to withstand 100-year flooding incidents and some of the city’s failed when 2 1/2 inches of water fell in about 20 minutes.

To watch the entire meeting, see the video below.