SWEETWATER COUNTY — A Casper resident Debra Moerke announced her plans to the community several months ago to restore the Washington Square building and turn it into a transitional home for single mothers.

The project is known as the McKenzie Home. Moerke will give an informational presentation on the project during the Sweetwater County Commission meeting Tuesday.

Moerke said during an informational meeting in May that she has an investment in the community because her husband has a long family history in Green River. Two of their daughters live there as well. She also explained that in September 2019, her 5-year-old granddaughter McKenzie passed away in a battle with cancer. The transitional home is named after her granddaughter who was born to a single mother.

The Washington Square building burned in a fire in December 2019, and Moerke sees the transitional home as an opportunity to both provide a need in the community as well as restore a beloved historical building.

Along with being a transitional home to house and help pregnant women or women with children, Moerke explained back in May that the goal would be to have a program set up for the mothers to help them gain independence.

Moerke said in May she had gathered about 15 people to sit on an advisory and steering board in Casper. However she needed local people to oversee the project to truly make it a Green River and Sweetwater County project. She has been working to build a local board for the McKenzie Home.

The Commission meeting will take place Tuesday, November 1, at 8:30 a.m. at the Sweetwater County Courthouse. Moerke is scheduled to begin her informational presentation at around 9:45 a.m. 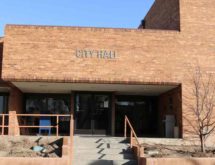