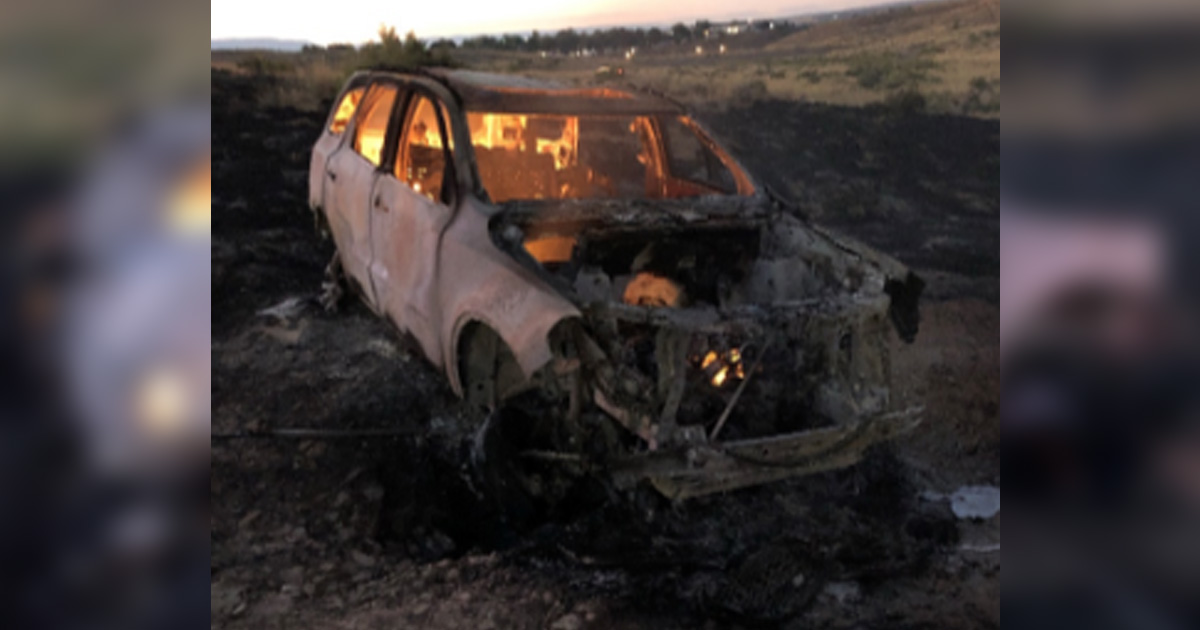 The fire was reportedly caused by a private citizen who was out walking their dog in Dead Horse Canyon.

ROCK SPRINGS — Sweetwater County Fire District No. 1 were quick to respond to a reported fire in the area of the south side belt route and Dead Horse Canyon around 6:00 p.m. last night.

Upon arrival, crews discovered a vehicle fire and approximately 2 acres of wildland on fire in the canyon. Units from the Bureau of Land Management and the Sweetwater County Fire Department were requested to assist with the fast-moving wildland fire.

Firefighters continued to work on the fire until 11:00 p.m. last night. The amount of acreage consumed by the fire has been reported to be 15.75 acres, according the SCFD Fire Chief Scott Kitchner. Firefighters remain on scene this morning checking the perimeter of the fire for hot spots.

“More than likely it was started from the heat from the exhaust system or catalytic converter,” Kitchner said. “The fire originated underneath the vehicle so that’s what we’re thinking probably started the fire.”

How The Fire Started

The fire was started by a private citizen who was out running their dog. The individual had returned to his vehicle with the dog but got high-centered in the brush as he was trying to leave.

His attempts to release the vehicle caused the brush underneath the SUV to ignite. The man was able to exit the vehicle safely with the dog, but the fire quickly spread in the sagebrush, grass and small patches of juniper, Kitchner added.

The public is urged to use caution or avoid the area since fire mop up operations will continue into today. Sweetwater County Fire District #1 Fire Chief Scott Kitchner would like to remind citizens that we still have extremely dry conditions in southwest Wyoming and urges them to use caution when out enjoying the outdoors.