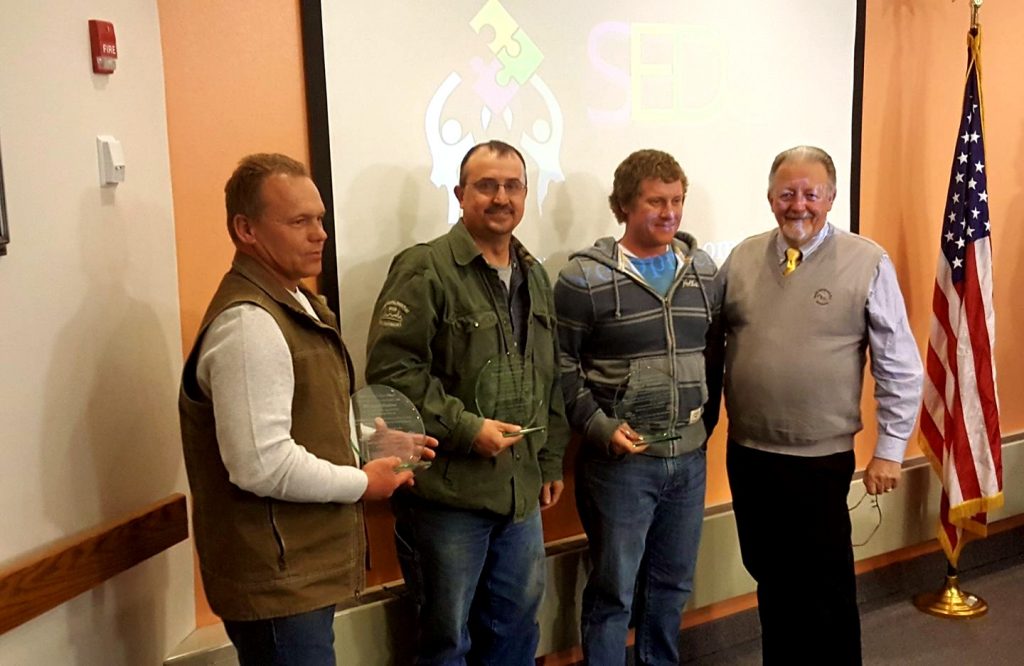 ROCK SPRINGS – What could have been a tragic day in Rock Springs turned into a celebration of life due to three individuals. On Tuesday, those individuals were honored by the Rock Springs City Council.

Garrett Smith, Kregg Schwindt and Michael Haden were presented the outstanding citizen award because of their life-saving actions. Rock Springs Fire Fighter Dom Erramouspe took residents back to that day on Oct. 25.

Ladder Two was leaving the city shop when a 911 call came in about a man in the street having a heart attack. While the call was not in their area, Erramouspe explained they were closer and jumped the call. As they arrived on scene, the firefighters saw a man lying in the street with CPR in progress.

Erramouspe said because the chain of survival was followed correctly, even after suffering a major heart attack, the man is alive today. First, he said Haden made a timely call to 911 to get first responders heading towards the scene. Next, he said two Rocky Mountain Power employees, Schwindt and Smith, rushed to the man and started CPR.

Firefighters took over from the two men and soon Sweetwater Medics arrived continuing with more advanced skills. The man was transported and within a week, he was discharged from the hospital because of the quick actions of the three men.

Rock Springs Mayor Carl Demshar said the actions of the men speaks to the fabric of the community and what a great group of citizens we have in Rock Springs.