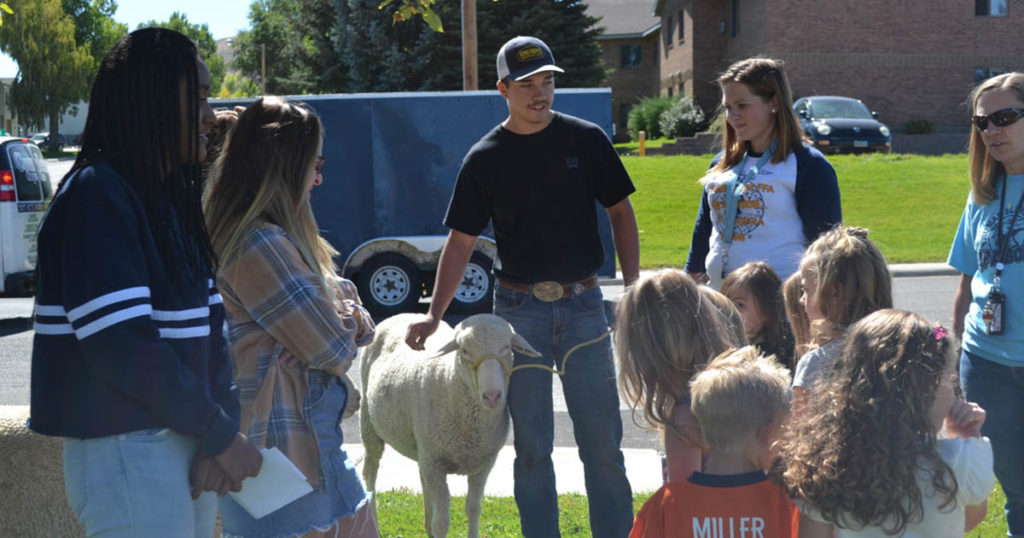 GREEN RIVER — The Sweetwater County School District (SCSD) No. 2 Board of Trustees heard a presentation on the Future Farmers of America (FFA) land swap during the school board meeting Tuesday night.

Thoman said the city was supportive of the idea and ultimately agreed to the swap. Trustee Steve Core said the school district swapped 2.89 acres of land located at the skate park, half of a baseball field and behind the senior citizen center for three acres at the municipal horse corrals.

The land acquired in the swap will be crucial to achieving the goals of the Agriculture Education Model, which Thoman explained is made up of three components. School-based agricultural education is made up of classroom and laboratory education, FFA work, and Supervised Agricultural Experience (SAE).

“Kids want to go out and show animals and this will allow that opportunity that kids in other communities get,” Thoman said.

Thoman explained that the barns they will build on the acquired land will allow students the opportunity to incorporate the FFA component to the curriculum with hands-on experience. The students would be able to use this facility and take what they learn in the classroom and apply it to the real animals, which would then allow them to apply to it a livestock project later on.

“It’s going to give our FFA members an opportunity that kids in Green River really don’t have to raise an animal for fair,” Thoman said.

With the land, Thoman plans to start a school-managed lamb or goat breeding herd where kids can apply veterinary and other concepts learned in class to real life animals to give hands-on learning. Thoman said that animals teach invaluable lessons to kids that she can’t do in a classroom.

“Sometimes I think an animal is a better teacher than I am for those kids,” she said.

There will be a sheep and goat component with a metal barn and 10 to 12 indoor pens, as well as a fenced grazing area. Thoman said there will also be a swine component with an insulated metal building with 14 to 16 indoor stalls. The beef component will be a bit smaller with six pens with a stall and lean to shelter and turn out area for the steer to move around.

With the extra space, Thoman said they will put a storage building, a practice show pen, and a 70 feet by 240 feet greenhouse and land lab.

Chairwoman Rachelle Morris praised the land swap, saying it’s a “gift to give these kids”.

In other business, the school board voted to renew Superintendent Craig Barringer’s contract through June 30, 2023.

Additionally, the board approved a budget of no higher than $1.29 million for the culinary arts kitchen remodel at GRHS. The cost of the remodel was initially going to be $1.48 million but Superintendent Barringer said as a committee they paired some things down to lower the cost of the revamp.

He said some things that were removed from original project includes some new cleaning sinks, new closets, new appliances except for the stoves.