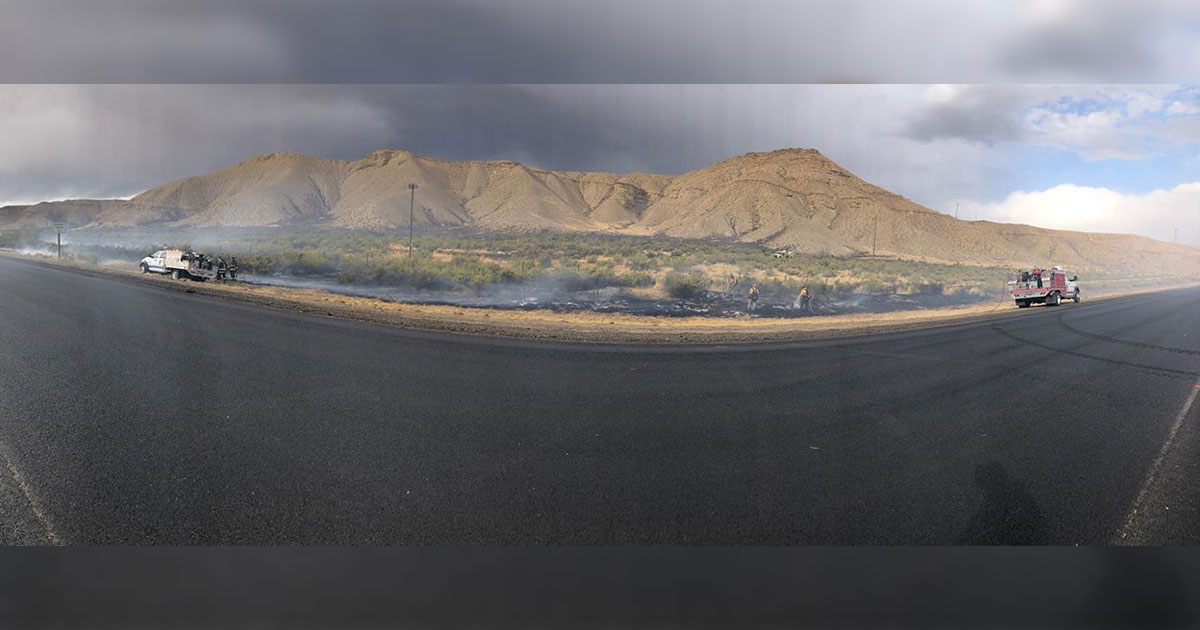 UPDATE– As of 6:40 pm, Chief Kitchner said the fire was officially contained to 30 acres. The cause is still under investigation.

The fire grew to 10-15 acres in size before firefighters contained the fire at about 4:15 pm. There were three type 6 engines on scene as well as a tender.

As of 4:50 pm, fire crews are mopping up the fire. No property was damaged.