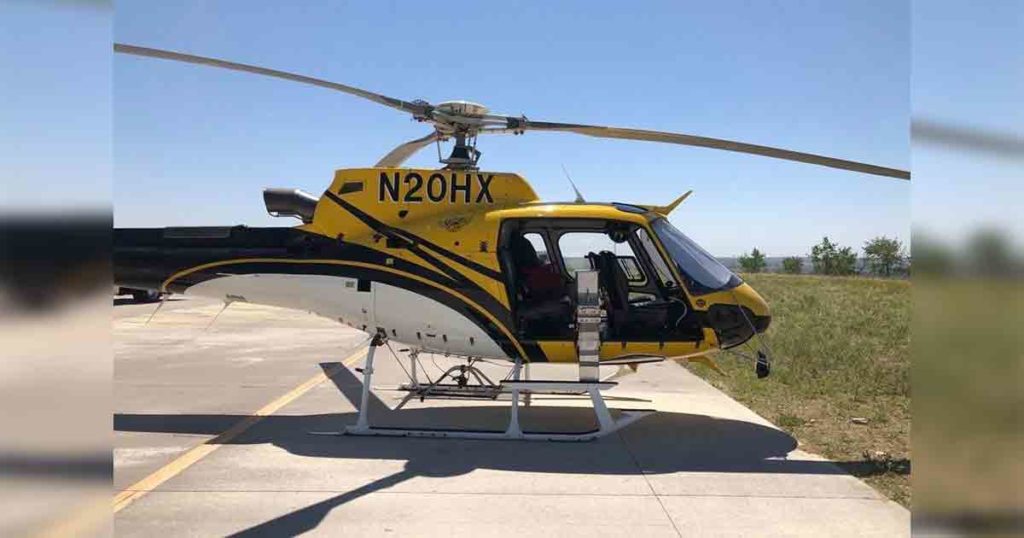 An A-Star TypeT 3 helicopter like this one is being used to try and slow the spread of the fire. inciweb.nwcg.gov photo

KEMMERER — A fire burning in the Shale Creek Drainage between Indian Creek and Commissary Ridge was discovered yesterday afternoon and air tankers are being used to slow down the fire.

The Shale Creek Fire was spotted by local resources while conducting a patrol yesterday, July 16, at approximately 2:20 p.m.

Additional Teton Interagency Fire resources were immediately dispatched to the report. Upon arrival, the fire behavior was described as group torching, running, and spotting. The fire is burning in the Shale Creek Drainage between Indian Creek and Commissary Ridge approximately a half mile from Little Bear Trail and two miles north of FS 10155 road, according to a press release. Bridger-Teton National Forest Officials are evaluating an area closure, until one is put in place they are asking the public to stay out of the area to allow fire personal and aircraft to work safely.

Due to the steep terrain, limited resources available, and lack of access, no ground resources were committed to the fire yesterday. Two Single Engine Air Tankers (SEATs) were utilized to slow the fires spread with an additional type 3 helicopter on scene to assess the spread, growth potential, and ensure no members of the public were out ahead of the fire. Additional ground and air resources will be arriving today along with a Type 3 Incident Management Team which will take over command of the fire tomorrow morning.

The fire is burning in aspen stands along with mixed conifer that has been significantly impacted by beetle kill. With storm systems passing in the afternoon gusty outflow winds up to 30 mph helped fan the fires spread. A reconnaissance flight was able to map the fire’s perimeter at approximately 75 acres with numerous spots up to a half mile away from the main fire. Ahead of the main fire are two fire scars from the 2017 Pole Creek Fire and the 2000 Fontenelle Fire. Fire Information Map

The plan for today’s operations is to gain access to the fire for ground resources and assess various suppression strategies given the resources available, expected weather, and fire behavior.

The Fire Danger Rating on the Bridger-Teton National Forest remains at VERY HIGH and Stage 1 Fire Restrictions are in effect across the Forest. To find out more visit Tetonfires.com. To report a wildfire, abandoned or unattended campfire call Teton Interagency Dispatch at 307-739-3630 or 911.