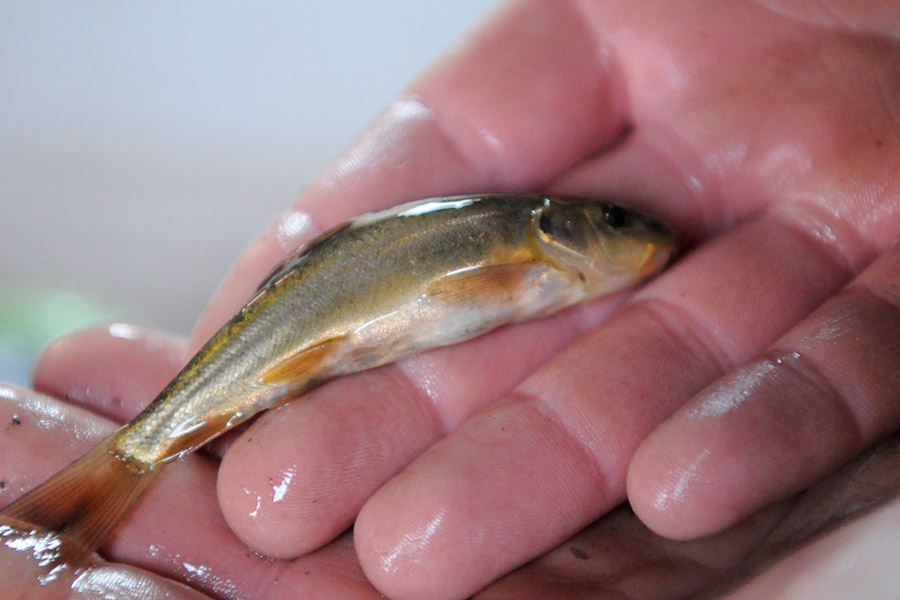 The Fish and Wildlife Service (FWS) discovery of larval razorback suckers in Reach 2 of the Green River last weekend has prompted the agency to request the implementation of the Larval Trigger Study Plan (LTSP) to help the species survive.

Razorback suckers were added to the endangered species list in 1991. After a larval study was completed in 2012, releases have occurred after larval razorback suckers are discovered.

“This study implements controlled water releases from the Flaming Gorge Dam by the Bureau of Reclamation each spring — once U.S. Fish and Wildlife Service biologists detect larval razorback suckers in the river, typically in May or June — and those high flow releases create the needed wetlands for the larval fish,” according to wildlife.utah.gov.

The average daily release on June 3 will be 4,600 cfs, on June 4 will be 2,600 cfs, and on June 5, will be 1,000 cfs, according to schedule below. On June 5, the daily average release will be 1,000 cfs and continue thereafter. Starting June 5, hourly release schedules issued by WAPA for power production may include daily fluctuations to meet power demand contracts, the release states.

The the release schedule below.