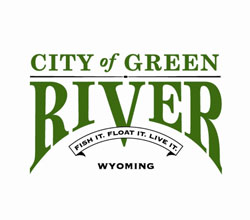 GREEN RIVER – Camping concessions, the Green River Child Developmental Center ground maintenance and the roof of city hall will all be up for discussion and action at the Green River City Council meeting Tuesday.

Since 2003 camping concession has been located on Flaming Gorge. Former Mayor David Gomez signed a letter of support in 2003 which helped get it approved for a ten-year lease agreement. That lease agreement is now up for renewal.

Jerry Taylor, President of the Flaming Gorge Cooperation and owner of Lucerne Valley Marina  has again requested a letter of support with their bid to the United States Department of Agriculture Forest Service for the concessions on Flaming Gorge.

Mayor Hank Castillon said growth in tourism has been identified as a five-year goal and the camping concession helps Green River in moving forward on that goal.

The council will also focus on the roof of the building they sit under. The city allocated $250,000 in the capital improvement fund for the replacement of the city hall roof. The project went out to bid in July and bids were opened on Aug. 30.

Four companies sent bids in with Contract West Roofing out of Salt Lake City coming in as the lowest. the council will vote to approve awarding the $99,000 bid to the company.

Another action up for discussion with be the building maintenance for the new Green River Child Development Center. The city was approached to provide ground maintenance  from June 6, 2013 to June 5, 2014.

If approved, the city will be paid $17,000 for providing the service, On or after June 6, 2014, the city may reimburse itself in such amount from the six-penny proceeds.