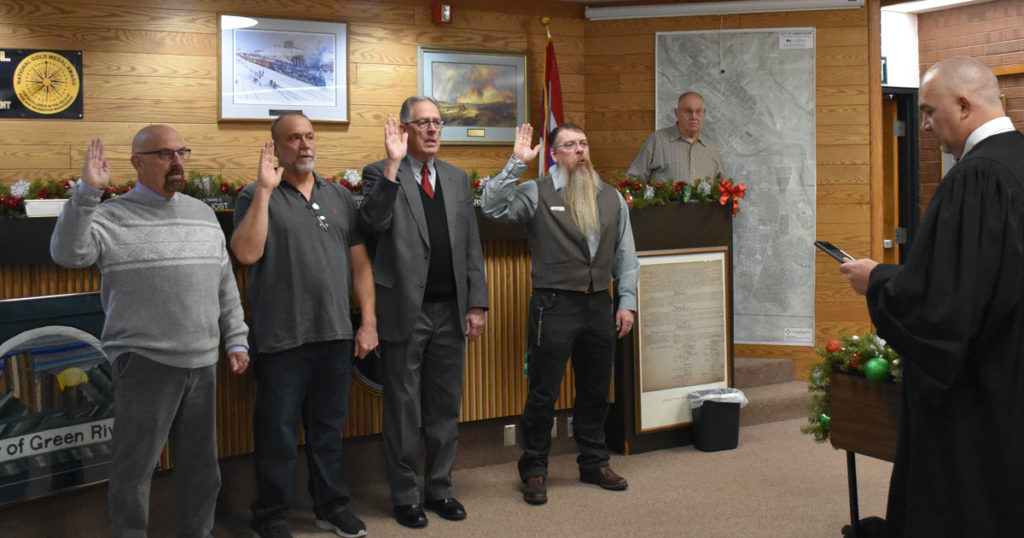 Council Members Jost and Killpack were appointed to the Finance Committee for 2023. They will serve on this commission with Mayor Rust, City Administrator Reed Clevenger, and Director of Finance Chris Meats. The members will attend meetings during the budget sessions.

The Council approved a resolution officially establishing and designating ANB Bank, US Bank, N.A., Uinta Bank— Evanston Branch, State Bank, and Commerce Bank of Wyoming as the bank depositories for Green River for 2023.

Lastly, Mayor Rust proclaimed January as Human Trafficking Prevention Month. Christal Martin, Founder and Executive Director of Sweetwater Against Trafficking (SWAT)/Rising Hope, accepted the proclamation and spoke on the issue of human trafficking. She said SWAT encountered 10 different survivors and has been helping them get the services they need.