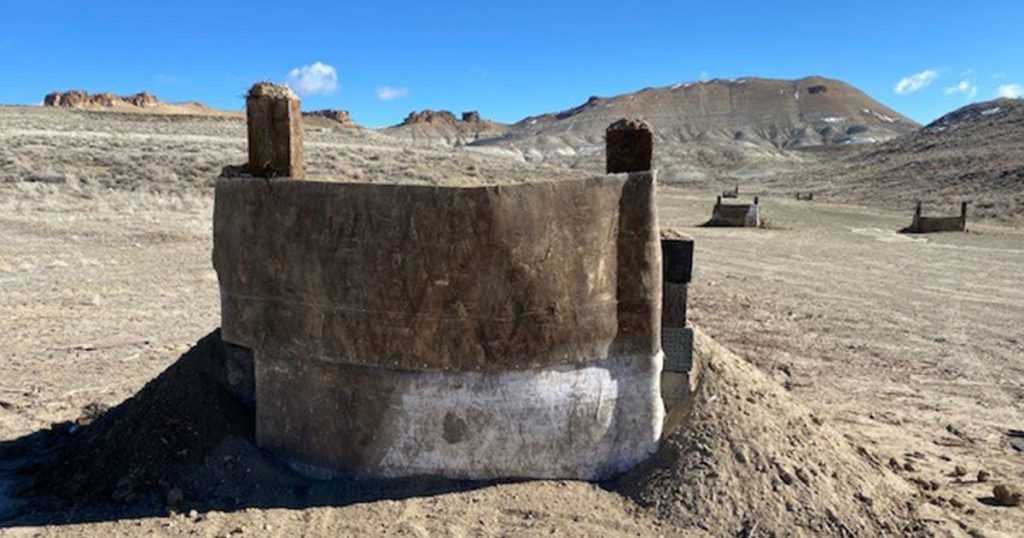 Several of the targets at the Green River shooting range have been replaced with the hopes of increasing their longevity. Photo courtesy of City of Green River

GREEN RIVER — The Green River Parks and Recreation Department made some subtle changes at the Carl T Williams shooting range Thursday, hoping the changes will give several different target areas some longevity.

Chuck Bryan, Facilities Director, said the targets had been shot up and were in need of replacement. Instead of replacing the shot-up plywood with more plywood, they decided to replace it with belting that had been donated to the city, he said. The City also received some railroad ties from Şişecam Chemicals, formerly Ciner, and those were used to not only hold up the belting, but also behind the belting.

Bryan added that they also repaired the target at 25 yards. He said he looks forward to hearing from the shooting public about their thoughts on the new targets.

Additional targets could be added if the public approves of the new targets, he said. Since the material for the targets were donations, the cost of the changes were in man power only.