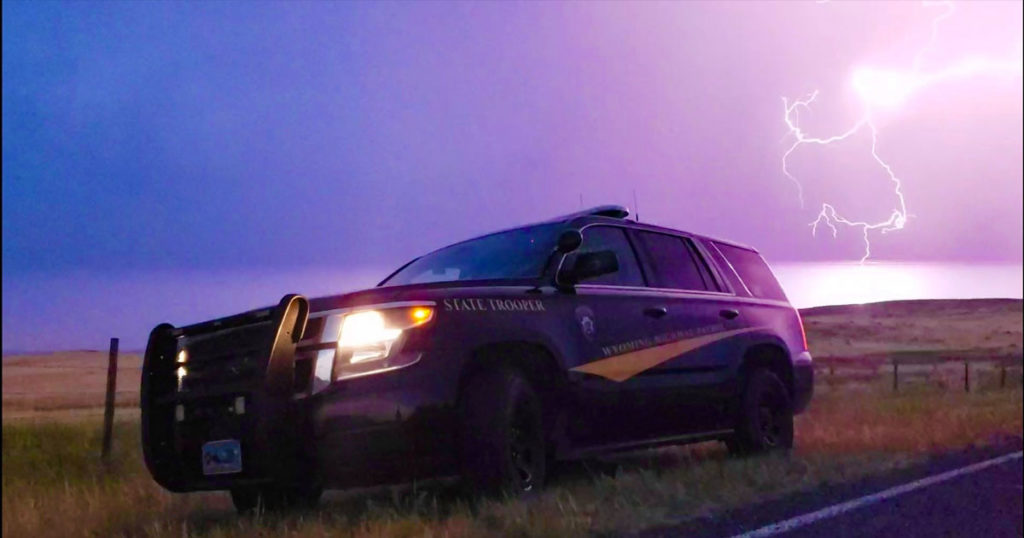 The pursuit ended with two Cheyenne residents getting arrested on multiple charges including alleged possession of a controlled substance. (Photo credit: WHP Facebook)

CHEYENNE — Two Cheyenne residents, are in custody today following a pursuit that took place this morning shortly after 11 o’clock.

The pursuit started after the Wyoming Highway Patrol (WHP) was notified of a vehicle headed towards Wyoming that was possibly involved in felony theft in Nebraska.  A WHP Trooper located the car east of Cheyenne near milepost 391 on Interstate 80. Troopers attempted to stop the vehicle, but the driver failed to yield.

The driver of the stolen vehicle fled west from the trooper on Interstate 80 at speeds over 100 mph. The pursuit exited at Exit 386 near the Antelope Truck Stop before going off-road and through an adjacent pasture.

The pursued vehicle drove through several right-of-way fences before entering Highway 213 and driving north towards Burns. The vehicle exited the road just south of Burns before coming to a stop.