Under the settlement, Simplot will spend an estimated $42 million to install, upgrade and operate pollution controls that will significantly cut sulfur dioxide (SO2) emissions at all five plants, fund a wood stove replacement project in the area surrounding the Lathrop plant, and pay an $899,000 civil penalty.

In addition to the pollution controls, Simplot will implement a plan to monitor SO2 emissions continuously at all five plants. Additionally, Simplot will spend $200,000 on a wood stove replacement mitigation project in the San Joaquin Valley, the location of Simplot’s Lathrop facility, to reduce emissions of fine particulate matter (PM2.5), as well as emissions of volatile organic compounds (VOCs), carbon monoxide (CO), and hazardous air pollutants (HAPs). Once fully implemented, the settlement will reduce SO2 emissions from Simplot’s five sulfuric acid plants by more than 50 percent for approximately 2,540 tons per year of reductions.

“Under this proposed settlement, Simplot must upgrade its pollution controls and cut harmful air pollution in half at its acid plants, bringing lasting benefits to communities in three states,” said Principal Deputy Assistant Attorney General Sam Hirsch for the Justice Department’s Environment and Natural Resources Division.  “The Justice Department will continue to vigorously enforce the Clean Air Act, which protects public health and air quality for Americans each and every day.”

“The people of southeastern Idaho will receive significant benefits from the cleaner air and better health produced by this settlement,” said Wendy J. Olson, U.S. Attorney for Idaho.  “I am pleased that the federal government and the J.R. Simplot Company are able to reach this agreement that serves Idahoans so well.”

Short-term exposures to SO2 can lead to serious respiratory problems, including constriction of airways in the lungs and increased asthma symptoms.

Additionally, SO2 is a precursor to the formation of PM2.5, which causes a wide variety of health and environmental impacts, including asthma attacks, reduced lung function, and aggravation of existing heart disease. Simplot’s Lathrop sulfuric acid plant is located in the San Joaquin Valley in California, which is currently classified as nonattainment for the PM2.5 National Ambient Air Quality Standards and has some of the most difficult challenges meeting those standards in the country.

The state of Idaho on behalf of its Department of Environmental Quality and the San Joaquin Valley Unified Air Pollution Control District are parties to the proposed settlement.

This settlement is part of EPA’s national enforcement initiative to control harmful emissions from large sources of pollution, which includes acid plants, under the Clean Air Act’s Prevention of Significant Deterioration requirements. The emission rates secured in this settlement will result in the best-controlled, system-wide emissions achieved in any sulfuric acid plant settlement to-date.

The consent decree formalizing the settlement was lodged with the U.S. District Court in the District of Idaho and is subject to a 30-day public comment period and final court approval. For more information on this settlement or for a copy of the consent decree, visit the website. 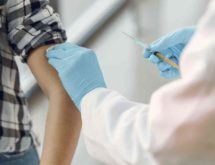 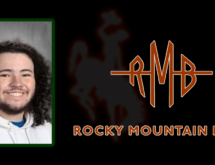 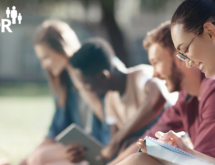 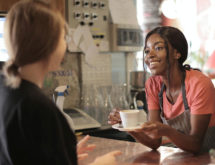