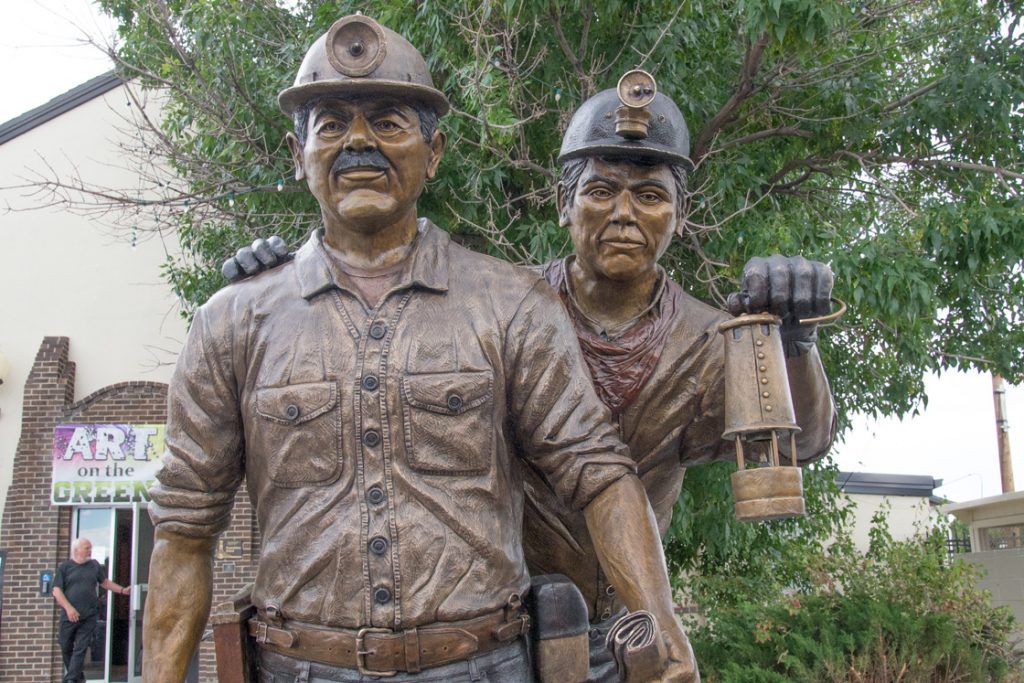 To the millions of people who travel Interstate 80 each year, the desert west of Green River may not look like much. Rolling hills of sagebrush, hundreds of pronghorn antelope, dried up creek beds, rock formations from eras long ago and a few plumes of steam from far-off compounds. Only taking a few minutes to pass by at 80 miles an hour, most will never know of the vast operations of these facilities – our local Trona mines.

From the miles of underground roadway carved more than 1500 feet underground, to the intricate systems that extract, process, refine and produce this mineral into thousands of uses in the every day world. A one-of-a-kind operation, a multi-generational legacy of Sweetwater County. The Trona Capital of the World.

Very impressive, to say the least. But when you get to the heart of it, these trona mines do not only represent a mineral, a process, a product. They represent a community that was raised, fed, and shaped by these mines since their beginning in 1938. Thousands of miners have made the trip from Green River, Rock Springs, Bridger Valley and further each day to do their part in mining a mineral that has been lifeblood for many families. Carrying on a legacy for over 75 years, generation by generation.

This legacy sparked something in local artist, Bryan Cordova. You see, Bryan’s father, Wilfred, was a new hire at OCI 40 years ago. As a young man, Wilfred’s job at the Trona mines provided for his new wife and soon to be three children, Bryan being the youngest. Bryan remembers as a young child seeing his Dad go off to work, lunch bucket and newspaper in hand. Knowing at that time, his father was working to make sure he, his mother, brother and sister had all that they needed, but over time also realizing the importance of hard work and loyalty by his father’s example.

Most important to the family of a miner is the end of the workday, the shift change, when their beloved comes back home safe, day after day. That is why Bryan named his bronze, Shift Change, in honor and resemblance of his father. The piece depicts a young miner, lunch bucket and newspaper in hand, walking out of the mine. He wears the modern mining equipment and clothing as he ends his long day. Behind him, he is safely led by a miner from the past, representing the generations that have come into the mine before him. He wears the traditional mining equipment and leads them both with his lantern.

Cordova reflected on his father’s 42 years underground in the mine recalling that, “The most important thing to come out of the mines is the miner.”

Bryan Cordova’s sculpture will be dedicated during a celebration of Mine Rescue Day hosted by the Green River Arts Council.

The Mine Rescue Proclamation and statue dedication will be held on October 30th at the Thomas Moran Mining Memorial Park next to the Green River Chamber of Commerce.

The Statue was well received during its unveiling at this year’s ‘Art on the Green’  event. The life-and-a-half-size sculpture is being permanently placed at Mining Memorial Park next to the Green River Chamber of Commerce. The project was only possible with the support of many businesses and individuals.

In addition to the speakers, those in attendance can expect demonstrations of mine rescue techniques and can join in the Miners Prayer.