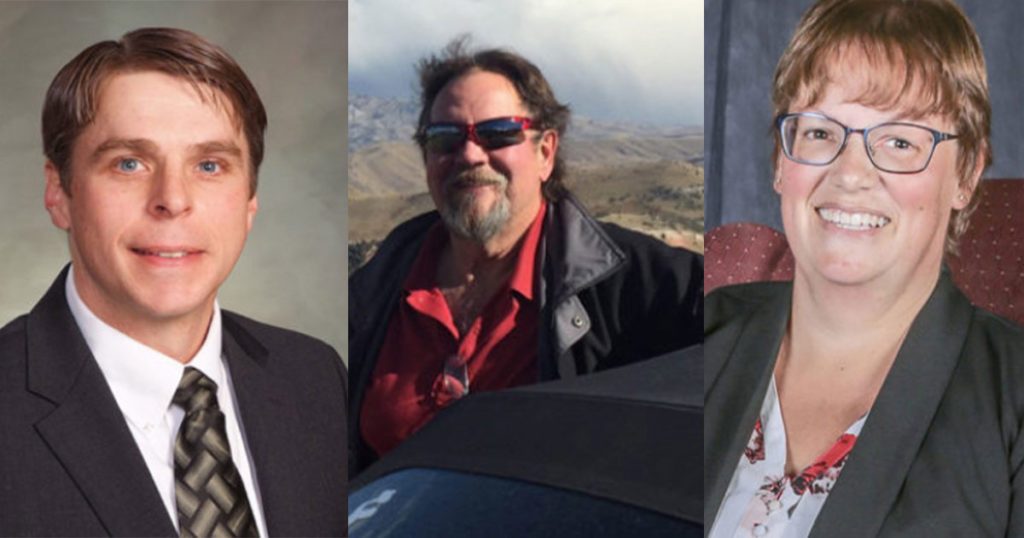 ROCK SPRINGS — During a meet and greet, local legislative candidates answered questions about implementing taxes, diversifying Wyoming’s economy and what their stance is on school funding.

During a Rock Springs Chamber of Commerce meet and greet virtual event Thursday, local Wyoming legislative candidates had the opportunity to introduce themselves and answer a few questions about issues facing Wyoming.

The candidates were asked if they would support implementing taxes to help with the state’s budget shortfall.

Democrat Senator for District 12 Liisa Anselmi-Dalton said she’d prefer the state make cuts first, but she would be in favor of a 1 percent sales tax which would generate a lot of money for the state each year. She’d prefer a tax everyone pays instead on picking on certain groups, such as a lodging tax.

Democratic House District 60 candidate Lindsey Travis was also in favor of a grocery tax, which could be put in place for a certain amount of time.

“I think a food tax would hurt the people that have the least,” Burd said.

Republican Senator for District 14 Fred Baldwin said even if an income tax was imposed during the next legislative session it wouldn’t address the budget shortfalls the state is currently facing. He said with a population around 500,000 a state income tax wouldn’t generate that much.

Republican Senate District 14 candidate Rex Rammell said he wanted the state to look at what North Dakota is doing. He said they have a state bank that provides loans to North Dakota businesses. Wyoming could do the same thing.

“We don’t need to raise taxes, the money’s already there,” Rammell said.

Candidates were also asked how they would help diversify Wyoming’s economy.

Anselmi-Dalton said the state needs to continue to expand its broadband services, which would in turn help with the economy.

Baldwin said the state must continue to focus on stable education and health care. He said the government shouldn’t be involved in industry.

Burd said the state needs to look at the schools and make sure they are offering vocational opportunities. He said not everyone is going to go to college after they graduate.

Republican House District 18 candidate Scott Heiner said Governor Matt Mead spent $40 million on the ENDOW project and it didn’t do much for the state. He said the state needs to get out of the way and let the businesses come in. He also didn’t agree with the state increasing taxes on companies coming into the state.

Candidates were also asked what their stance was on school funding.

Burd said education needs to continue to be funded to pay for good teachers. He said in order to compete with other states, Wyoming has to offer competitive teachers wages to attract good teachers. This helps provide the children with a good education.

Travis, who has a student in high school and one ready to attend college said when they lived in Utah, she saw first hand the difference between Utah and Wyoming schools.

Kolb said education can’t continue to be the state’s “sacred cow.” He said the education budget can’t be touched, but what will that cost the state. He said the state may have to sacrifice roads, ambulances and other needed services in order to fund education.

Rammell said there is a problem with the state’s education budget. He said Idaho and Utah have smaller education budgets and they are seeing better test scores. He said no one in the state wants to confront the issue, but no one wants to raise taxes either.