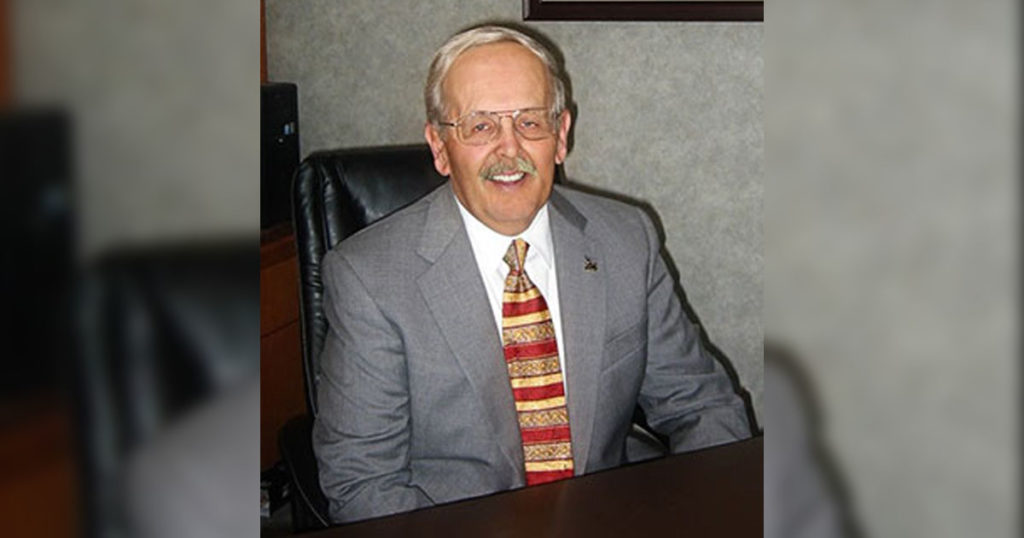 Jim Magagna will receive his honorary doctoral degree at the UW commencement ceremonies on May 14-15.

LARAMIE — The University of Wyoming will confer its highest award, the honorary doctoral degree, upon Rock Springs native Jim Magagna, who will be recognized during UW commencement ceremonies May 14-15.

They each will receive the Doctor of Humane Letters degree.

Magagna has led the Wyoming Stock Growers Association since 1998. Before that, he served as director of the Wyoming Office of State Lands and Investments and Office of Federal Land Policy. He also chaired the Wyoming Oil and Gas Conservation Commission during that time.

“Jim’s background, life and career have influenced ranching, open space conservation, and state and federal policies that impact Wyoming and the Rocky Mountain West,” wrote UW College of Agriculture and Natural Resources Dean Barbara Rasco. “He has dedicated his life to helping maintain Wyoming’s open spaces, preserve the Wyoming way of life, and advocate for many of the people and industries that call Wyoming home.”

Magagna is a Rock Springs native and lifelong sheep rancher in southwest Wyoming. He has served as president of the American Sheep Industry Association and president of the National Public Lands Council. He has represented the agriculture industry on numerous national, state and local councils and advisory boards.

A graduate of Rock Springs High School, Magagna holds a bachelor’s degree from the University of Notre Dame and a law degree from Stanford Law School.

“Jim is a skilled attorney, effective communicator, trusted advisor and friend to all,” wrote U.S. Sen. John Barrasso, R-Wyo. “This combination has made him a crucial part of state and national policy over the course of his career … His contributions to Wyoming, the Rocky Mountain West and the United States are unquestionable.”

“Jim has been a true leader for the ranching industry as executive vice president of the Wyoming Stock Growers Association for the past 23 years,” wrote rancher Scott Sims, president of the association. “He is well respected and sought after for his guidance and opinion on what is best for the livestock industry and the state of Wyoming as a whole.”