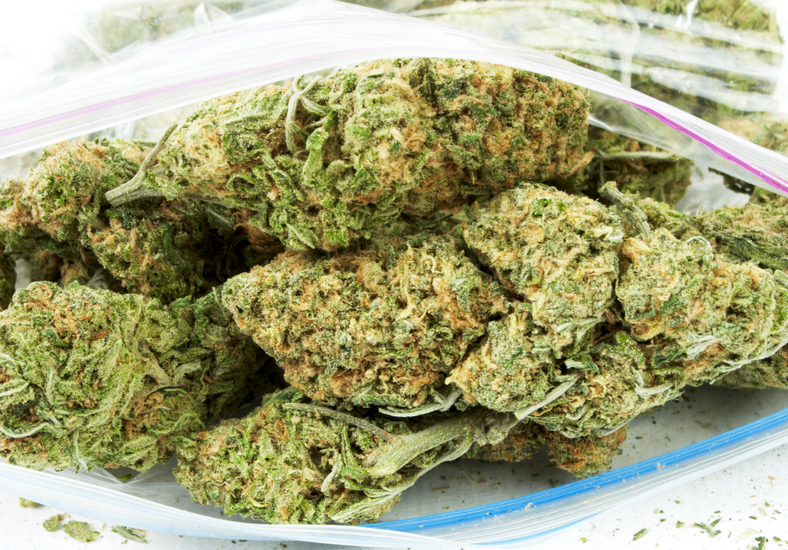 The Wyoming Legislature is once again considering the recreational use of marijuana in an effort to address the state's significant budget shortfall.

UPDATE 6:15 PM — Late this afternoon the House Judiciary Committee passed House Bill 209 after a 6-3 vote in support of the legislation. It will now move to the full House of Representatives for debate.

CHEYENNE — As the Wyoming Legislature battles with budget shortfalls in everything from K-12 education to infastructure funding, lawmakers have once again brought up the notion of legalizing recreational marijuana use.

House Bill 209 was first developed by Representative Jared Olsen (H11 – Laramie) and soon gained the backing of 12 other Representatives and two Senators. Mark Baker (H60 – Sweetwater) and Marshall Burt (H39 – Sweetwater) are among the Legislatures who have signed on as co-sponsors of the bill.

It was referred to the House Judiciary Committee on March 5, and is now awaiting a vote to see if it moves to the House Floor for debate.

“It is a great time for Wyoming to have the discussion,” said Baker this week. “Rep. Olsen spent a lot of time drafting the bill and as Chairman he will guarantee a fair hearing in the Judiciary Committee on the issue. This issue is important to our state and with a shift federally expected, Wyoming must begin to have the conversation.”

Baker said based on revenue estimates the state could see about $49 million the first year, with approximately $3 million in licensing fees from new establishments. He said second year estimates put the figure at $47 million with the reduction from reduced new licenses. It’s also estimated that the forfeiture fund would see a reduction of about $340,000 based on current asset forfeiture rates.

Those numbers would translate to a sizable windfall for the state which saw an 8.5 percent decline in tax revenue in 2020. Baker added that most of the response has been positive but there has been some concern about the retail aspect of the bill.

“Most of the legislators I speak with are supportive of the discussion and are interested in modifying current policy,” he said. “Very few are interested in keeping the status quo that has criminalized our citizens and limited access. The issue facing the legislature is the time constraints.”

There are many different discussions and the supplemental budget along with education funding have taken priority, Baker said. The bill is over 100 pages and that sort of significant change may limit it moving forward.

“At the least my hope is that the bill can be amended so that it might get a hearing in the Senate. Time is the bill’s worst enemy,” he said.

Similar legislation has been brought up before Wyoming lawmakers in the past, but never got out of committee. In 2019 the State Legislature enacted HB171 permitting the Department of Agriculture authority to regulate the hemp production.

The DOA then submitted its plan to the US Department of Agriculture. The act officially removed hemp-derived CBD from Wyoming’s list of controlled substances allowing the sale of CBD with less than .03 tetrahydrocannabinol (THC).

There were two other attempts to get marijuana legislation on the state ballot, most recently in 2018. However, the attempt failed when advocates for ballot initiative failed to get enough signatures to qualify.

Most of the revenue from the passage of the bill has been earmarked for education. Lawmakers are projecting a $100 million across-the-board cut in K-12 funding for the 2021-2022 school year.