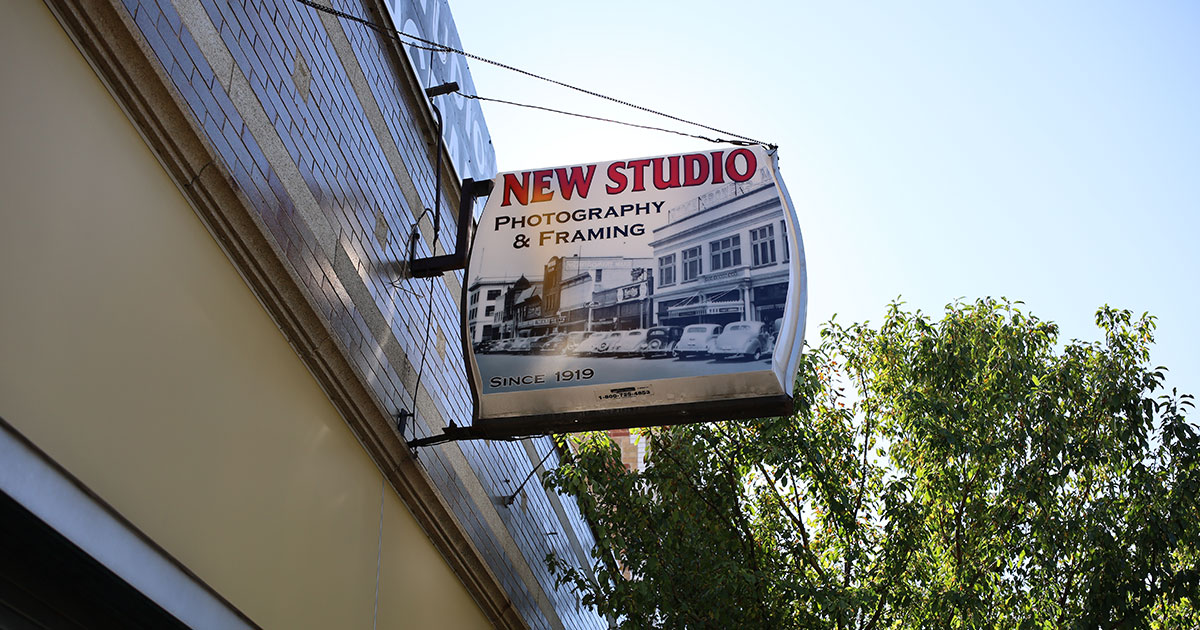 ROCK SPRINGS — This year marks 100 years in business for New Studio Photography and Framing, which has operated at 420 N Main Street since 1919.

This month, local photographer and life long Rock Springs resident RJ Pieper and his partner Angela will be taking the business over from Diane Butler. Butler has been involved in the business for over 42 years and has been the owner for the past 25.

When I stopped by to talk to RJ and Diane last week, she was cutting prints with the ease and precision of someone who’s been doing it for over four decades. RJ sat at a desk with a panoramic historical photo of Rock Springs hanging above it as we talked. Diane estimated that the picture was taken in the early 1900s because the train depot wasn’t built yet. She also spent some time scouring the photo for cars one day and couldn’t find any.

RJ pulled up a digital copy of the photo on his screen and together he and Diane zoomed in and panned around the scene to point out interesting pieces of Rock Springs history. Like a big white house set apart on a hill outside of town. “A house of ill repute,” Diane said with a grin.

New Studio is a business with a lot of history, but for both the outgoing and incoming owners, the past means more than a prologue. Everyone has a camera right in their pocket at all times these days, and while that’s a great tool, Diane knows there’s still an important role for studio photography. Photography was a more expensive and less available commodity in 1919, but that meant people valued it more. Maybe you remember a time when sitting down for a family portrait was a big occasion. But that portrait didn’t sit in an iPhone or get buried in a computer file, it got printed and hung on the wall. “The big thing that I see, is we’re going to lose our history … that’s my biggest thing that I preach,” Diane said.

But she’s optimistic that with RJ taking over at New Studio, that won’t be the case in Rock Springs. “I was thinking about retiring in three to five years, and I didn’t know what was going to happen. I thought I was probably just going to have to sell it off,” Diane said. But then RJ offered to buy the business from her and now Diane is hopeful New Studio will see another hundred years in business; that’s exactly what RJ has in mind.

“I’m most excited about just being able to put my style into something that’s so historic … since the business has been around 100 years, let’s try and shape that next hundred years. That’s what I hope to do. And keep this chunk of Rock Springs going for as long as we can,” RJ said.

To get more information on the business and its history, read this press release about the change in ownership.