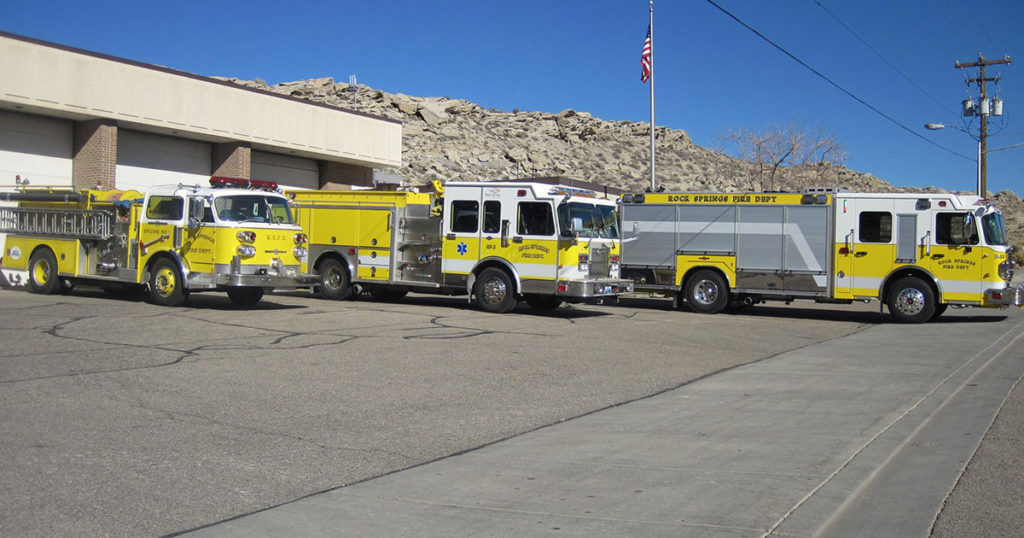 ROCK SPRINGS — Ashes removed from a fireplace and placed in a box on a porch are the cause of a house fire on 6th street this morning, according to the Rock Springs Fire Department (RSFD).

On October 16 at around 6:30 a.m., the RSFD was dispatched to 816 6th Street for a report of smoke in the house. One of the occupants had woke to find heavy smoke throughout the home. The RSFD responded with three apparatus and nine personnel, the press release states. The Rock Springs Police Department also responded two personnel, who evacuated the occupants from the home and discharged a fire extinguisher where smoke was visible on the front wall.

Upon arrival, fire crews encountered a single-story residential home with smoke throughout and significant heat in the area of the front door. Incident Command was established and the wall where the fire started was opened from the inside and outside to locate and extinguish the fire. Fire had spread up through the wall into the attic area and into the roof system; crews opened the roof and located the remaining fire and extinguish it.

The cause of the fire was determined to be ashes from the fireplace, which had been removed from the fireplace the night before and placed in a box on the porch near the front wall, according to the press release. Although there was a smoke detector in the home, it was not functioning at the time of the fire. There were no civilian or firefighter injuries; however, the home was uninhabitable after the fire. Rock Springs Firefighters’ IAFF Local 1499 provided funds from their burnout fund to assist the occupants with short-term needs.

Additionally, with the onset of cooler weather and as the use of wood-burning stoves and fireplaces increase, remember to place all ashes in a metal container outside of the home at least 10 feet from the home and any other buildings. Cool all ashes with water to make sure there are no hot embers and they are completely cool before disposing of them in a regular trash can.