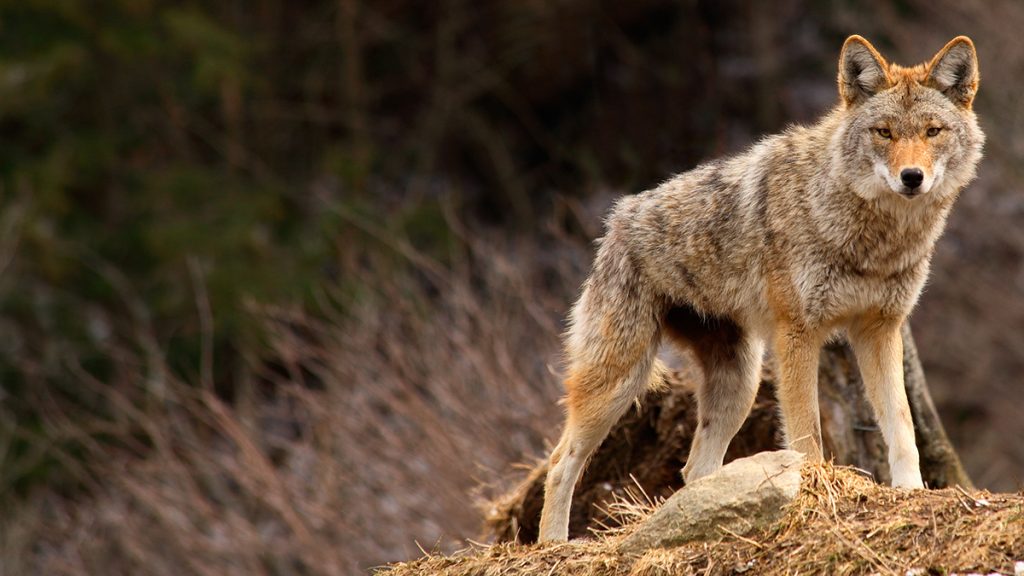 On a spring day, a coyote surveys the land from atop a hill.

The following was written and submitted by Buck Wells in response to an op/ed piece written by Lisa Robertson and published on SweetwaterNOW this week. You can find it here.

Today, I and many others were buffeted with an opinion article submitted by Lisa [Robertson] that one can only call ” hoodwinkery at it’s finest.”

Sadly, it was concerning the irresponsible act of 2 gents who were abusing a coyote by repeatedly running over it with a snow machine. That in itself is fine, no one anywhere condones such actions.

But where Lisa runs afoul of the truth is her efforts to paint fellow predator hunters and trappers with the same brush, and went further by calling it “despicable acts of animal cruelty” and making the wild-eyed claim that “researchers have correlated between violence against animals to domestic abuse and other criminal behaviors.”

It seems her main bone of contention in this article is that “These senseless acts have tarnished Wyoming’s reputation,” which quite frankly is a bit of a head scratcher.

The video she is referring to has been denounced both by hunters and non-hunters alike, and no one in their right mind actually believes this is the norm in Wyoming or anywhere else.

Sadly, another bone of contention Lisa seems to hold is the phrase “Yote Whackin’,” which if truth be told, is a rather telling display of how out of touch she is with rural Wyoming and the common speech patterns used here.

Her issue of public displays of successful hunts, showing a coyote that has been successfully harvested, is an affront to her delicate sensibilities and the phrase “Yote Whackin’” is basic terminology referring to the report the bullet makes as it connects with the pest. Nothing more, nothing less.

What is truly horrifying is her lack of understanding concerning the ever important need for predator control and its use in wild game management strategies. She decries the coyote hunting contests as if they were simply a slaughter of easily-killed canines, gallivanting among the sage with nary a care in the world.

The truth is very different.

The coyote is a shy, elusive creature that is a host to many diseases and parasites, crafty to a fault, and relentless in its efforts. It’s extremely difficult to harvest and few contesters even see one that isn’t 500 yards away and headed in the opposite direction. So when the few that do manage a kill, a photo posted to Facebook for evidence of success is a hard won victory.

These lucky few are doing a great service in controlling their numbers, even if their efforts aren’t appreciated by those that know no better. Please take a moment to contact your representatives in Cheyenne and throw your support for predator control by using Wyoming Untrapped’s own list for the contact info.