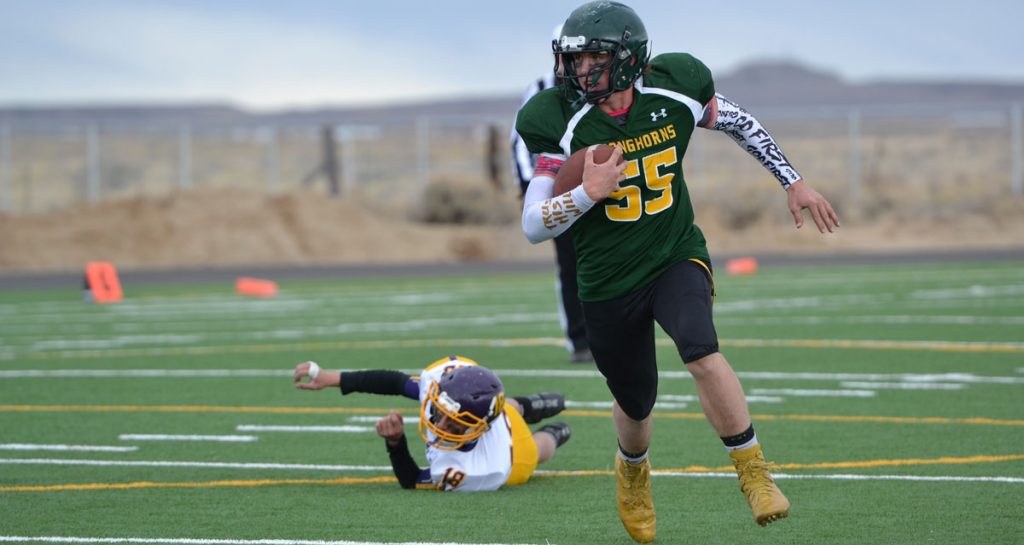 FARSON-EDEN—The Farson-Eden Pronghorns football team are heading to Laramie to take on the Kaycee Buckaroos at War Memorial Stadium for the 6-man Wyoming State Football Championship title. Kickoff is at 10 am on Saturday, November 11.

The Pronghorns are coming off a big semi-final win against the Little Snake River Rattlers last Friday, November 3. The two rival teams played the last game of regular season against each other on the Rattlers home field, in which Little Snake River beat Farson-Eden 53-18.

However, two weeks later, the Pronghorns beat the Rattlers 50-32 on their home field, securing their spot in the state championship game.

“The game against Snake was a great game for our kids and our program,” Farson-Eden’s head football coach Trip Applequist said. “Snake River played very hard and we were fortunate to come out on the winning end.”

“The team is preparing as we would for any other game,” Coach Applequist said. “Watching film, practicing hard, making sure we are all on the same page.”

The two teams played against each other in last year’s championship game, in which Kaycee took home the title. The Buckaroos and Pronghorns have met four times before, in which the Buckaroos have won all four games.

“We expect to see a very physical, hard hitting game from Kaycee. They are a very good team and play hard,” Coach Applequist said.

How to Listen to the Game

The Radio Network will be broadcasting the game live on 95.1FM. The broadcast will start at 9:30 am.