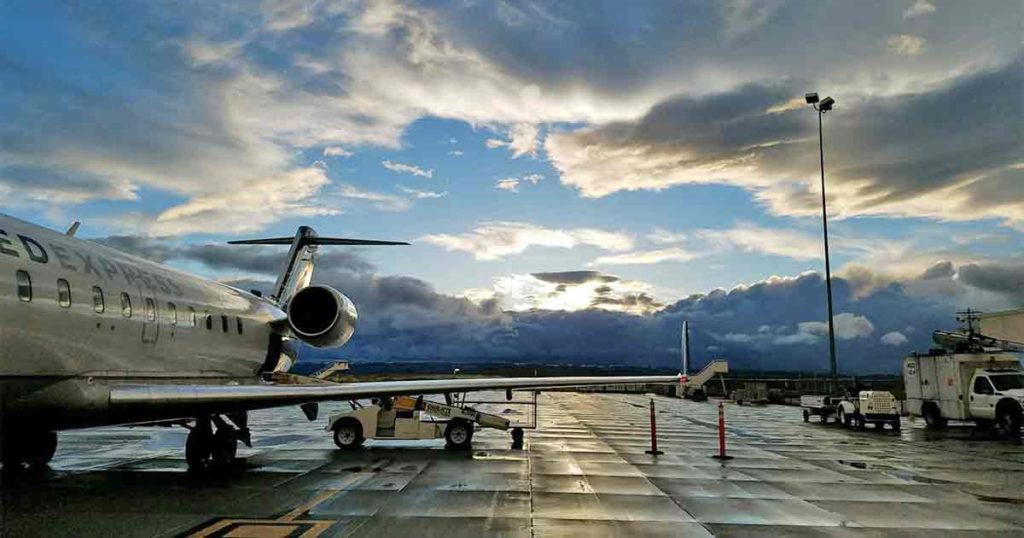 ROCK SPRINGS — Four United Airline flights and around 175 passengers were unable to leave or land at the Southwest Wyoming Regional Airport this weekend after a partial power outage took place.

According to Southwest Wyoming Regional Airport Director Devon Brubaker, they were notified by the Federal Aviation Administration (FAA) that the FAA-owned automated weather system at the airport wasn’t functioning properly.

While this piece of equipment is owned by the FAA, it is maintained by the National Weather Service. Brubaker said since it is federally-owned equipment they are not allowed to work on it.

Without this piece of equipment, the airport can’t have take-offs or landings. This means two planes scheduled to depart from Rock Springs couldn’t leave, while two arriving planes couldn’t land.

“It was obviously terrible timing over the holiday weekend with everyone trying to get home,” Brubaker said. “It couldn’t have been worse timing.”

Once they discovered it was a partial power outage causing the issues, they were able to work with Rocky Mountain Power (RMP) pretty quickly. By around 3 pm Sunday, January 3, power was restored to the automated weather system.

Since it wasn’t a complete power outage, it wasn’t obvious that this was the cause of the malfunction. A NWS technician drove from Riverton to fix the system. This technician noticed it didn’t have enough power coming into the system. They were able to locate where a couple of fuses were blown on a RMP line. It only took about 10 minutes to fix the problem once RMP arrived on scene.

“The federal equipment is nearing 30 years old and there’s limited parts available for it as well,” Brubaker said. “We’re just lucky, in this case, it was just a power issue.”

Brubaker said he will be having conversations with federal representatives to discuss possible solutions to this problem. He believes there are opportunities for the federal agencies involved to have better equipment to allow for equipment to be looked at remotely without having to rely on someone to drive over from Riverton to look at it.

Brubaker said as of Monday afternoon that the passengers were still working on coming home. Some were waiting for other flights, while others decided to rent a car or have a family member pick them up.