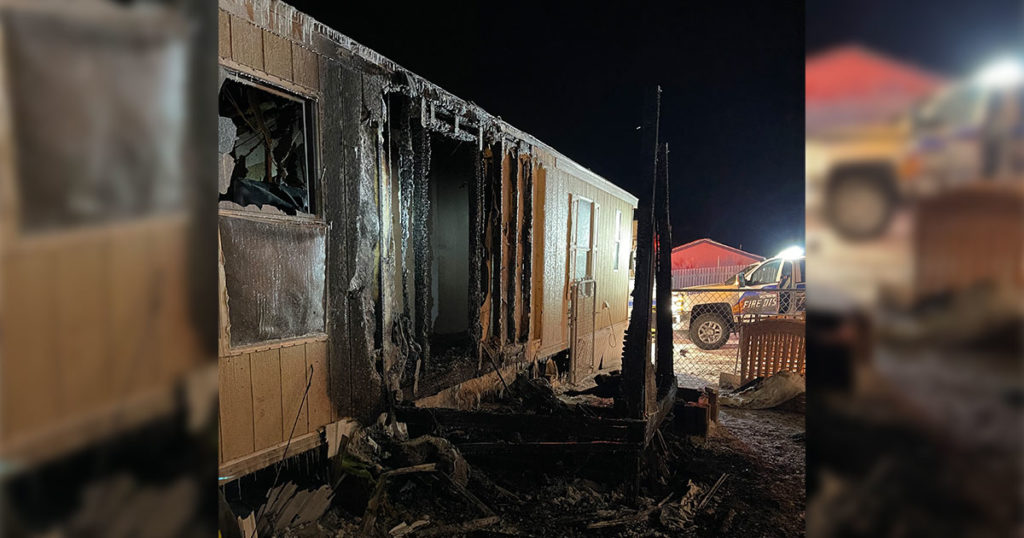 ROCK SPRINGS — The Sweetwater County Fire District #1 Fire Department responded Thursday, February 18, 2021, at 3:37 am to 701 Antelope Dr. #8 when a fire was discovered in an enclosed porch of the front of the home.

Homeowners were not home at the time of the fire. Neighbors discovered the fire and notified 911. The fire engulfed the entire enclosed front porch area of the trailer house and spread inside the structure after burning through the front door of the home.

The fire caused extensive heat and smoke damage in the remaining parts of the home. Firefighters were able to contain the spread of the fire to the front porch and living room area of the home.

The fire was extinguished as of 5 am Thursday Morning. Due to the heavy damage caused from smoke, fire and water the home appears to be a total loss. Fire Investigators from Sweetwater County Fire District #1 were called to the scene and are currently still investigating the cause of the fire.

No civilians were injured from the fire. The homeowners have two dogs that were home at the time of the fire, firefighters and Sheriff Deputies were able to get the dogs out of the home with only one of the animals being slightly injured.