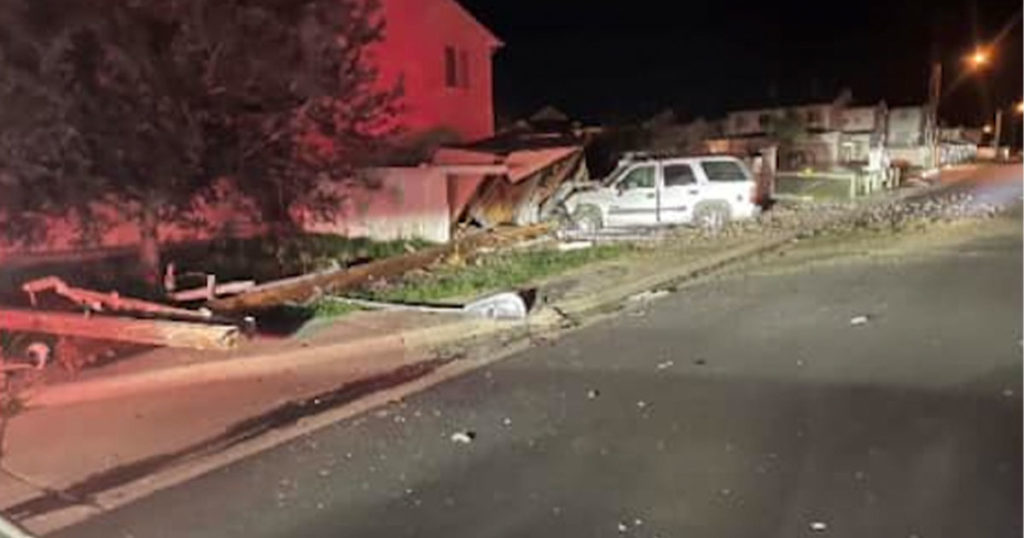 ROCK SPRINGS — A 38-year-old Rock Springs man was arrested Sunday morning after crashing into a power pole, a fence, and then a shed causing significant damage to the property.

The Rock Springs Police Department (RSPD) released a statement that at 1:20 a.m. Sunday, September 11, officers responded to the report of a crash in the area of Bitter Creek Trail and Cascade Drive. Officers reported finding one vehicle at the scene when they arrived.

“The driver left the west side of the roadway, crashed into a power pole, fence, and then shed causing significant damage to the property,” the release states. “The driver then fled the area on foot, but was located a short distance away by officers.”

The driver was identified as Joshua Nottingham and allegedly showed signs of impairment along with an odor of alcohol. Nottingham was subsequently placed under arrest for allegedly driving under the influence. He was also charged with hit and run property unattended and failure to maintain liability coverage, according to the Sweetwater County Detention Center arrest report.