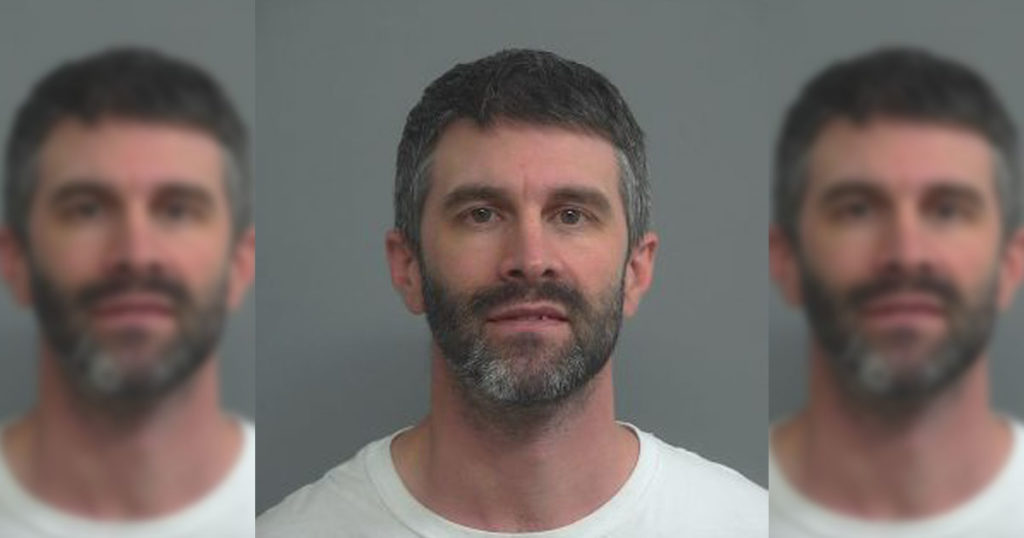 Kye Tyrell Kreusel was sentenced to 5-8 years in the Wyoming State Penitentiary this morning after a jury found him guilty of strangling his wife in 2018.

GREEN RIVER — Kye Tyrell Kreusel, 40, of Rock Springs has been sentenced to at least five years in the Wyoming State Penitentiary for the strangulation of his wife back in September 2018.

Kreusel was acquitted on two counts of first-degree sexual assault in the case by a Third District Court jury back on October 15 . But the jury found him guilty of strangulation of a household member and false imprisonment. He was sentenced to 5-8 years in prison for the strangulation conviction and one-year incarceration for false imprisonment. Those sentences will run concurrently.

Kreusel was initially charged with five counts stemming from incidents that occurred between him and his wife from 2017 to 2020. However, a third sexual assault charge was dropped during his trial last month.

The jury heard very different stories from Kreusel and his wife Dana, who both testified during the trial. Mrs. Kreusel alleged that her husband forced her into sexual situations that went beyond her definition of consent.

While she admitted to being open to some sexual exploration, she told the court that it gravitated to situations she found dangerous and frightening. She also gave a victim impact statement this morning stating that her once happy marriage had turned into a nightmare, and she was not aware that her husband’s actions were considered criminal activity until it went too far.

“I’m no longer the woman I was when I met Kye,” Mrs. Kreusel said.

Mr. Kreusel said in his defense that his wife often suggested taking their sex life to new levels and that he never forced her to do anything she found uncomfortable.

Defense attorney Joe Hampton said during his closing argument last month that many of the claims Mrs. Kreusel made were suspect. The couple’s journals were both entered into evidence, and Hampton questioned why her journal entries about the alleged incidents were never shared with law enforcement during her initial statements.

But Deputy County Attorney Lora Cooper argued that evidence presented in the case proved a relationship of manipulation and that Mr. Kreusel “wants what he wants when he wants, and how he wants it.”

Lavery told Kreusel this morning that he tried to portray himself as the victim in the relationship and the person being controlled.

He also pointed out that Kreusel testified to putting his hands on his wife to end an argument, an action Lavery called “so cruel.” He ultimately ruled that probation was not warranted in the case due to the serious nature of the crimes.

Hampton had asked the court for a suspended 4-6 year sentence and three years supervised probation on the strangulation conviction to run concurrently with the suspended sentence on the false imprisonment conviction.

Kreusel was given 37 days credit to his sentence and now has 30 days to appeal the sentence.