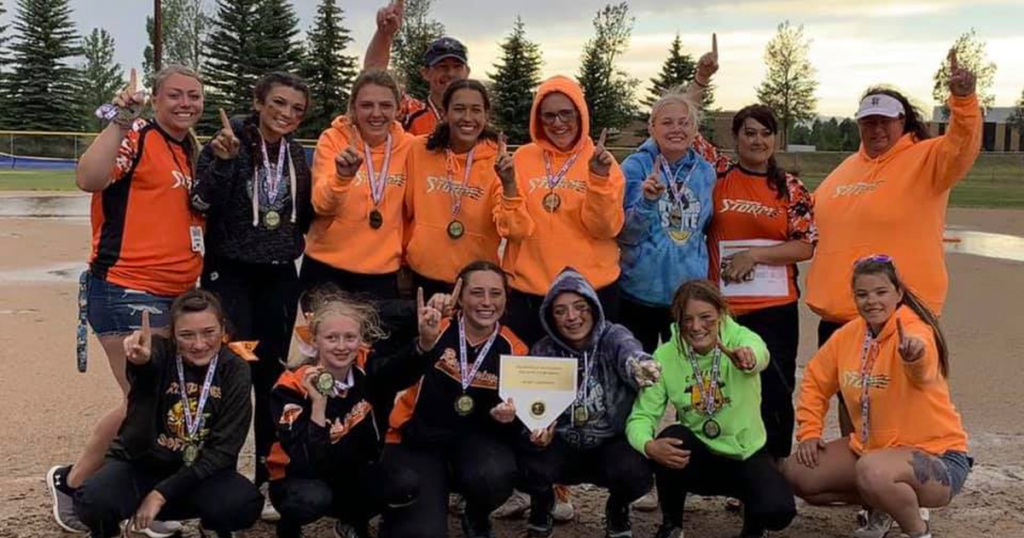 Rock Springs Storm Softball came away with the 16U and 18U state titles over the weekend in Laramie. Photo credit: RS Girls Softball Facebook page.

LARAMIE — If you asked members of the Rock Springs Storm softball team, most of them would’ve said that they had no clue if there was going to be a 2020 Wyoming State Softball Championship this year. But with a little luck and persistence, the Rock Springs Storm ended up taking home two state titles this last weekend in Laramie.

Initially, softball activities began back in February before the COVID-19 pandemic shut most businesses, athletics and other events down towards the beginning of March.

With the season up in the air, many individuals worked hard to make the season possible for the girls. By the start of June, teams had been given the green light to start the season. Despite the approval, challenges to the season continued. Two days on the field was all the team got before having to quarantine due to a possible encounter with COVID-19.

Once the issue was resolved, the team enjoyed a quick one month season, playing in two tournaments before competing in Laramie.

“It’s just been a crazy year,” Rock Springs Storm U16 Head Coach Heather Anderson said. “For us to be able to just go and play was awesome.”

Both the 16U and 18U teams made the trip to Laramie with pool play beginning on Friday.

The 16U team faced Wheatland and Riverton, defeating both and outscoring the two teams 27-5. The two victories pushed Rock Springs’ 16U team into the final rounds of the tournament.

Similarly, the 18U team also showed strong performances in pool play against Green River and Lander. A total of 31 runs were scored by the Storm, also advancing them into bracket play the next day.

On Saturday, the 16U team picked up right where they left off on Friday with an additional 42 runs scored against Riverton and Laramie. The blowout victories sent Rock Springs into the state title game against Laramie, however, a rain storm ended the game in the second inning. Rock Springs was named the champions based upon their previous results.

Rock Springs’ 18U team played on Sunday, shutting out Lander in a 20-0 victory which sent them to the championship game. Again, Rock Springs defeated Lander 22-9 to take the state title.

“We have never played so well,” Heather said.

As unpredictable the season seemed to be, the Storm proved to be quite the opposite. Anderson said that this was the perfect way to end the season, especially leading into next year’s first official high school softball season. 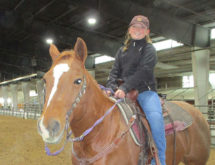 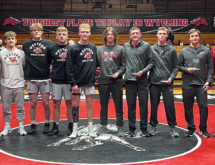 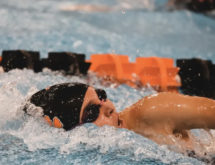