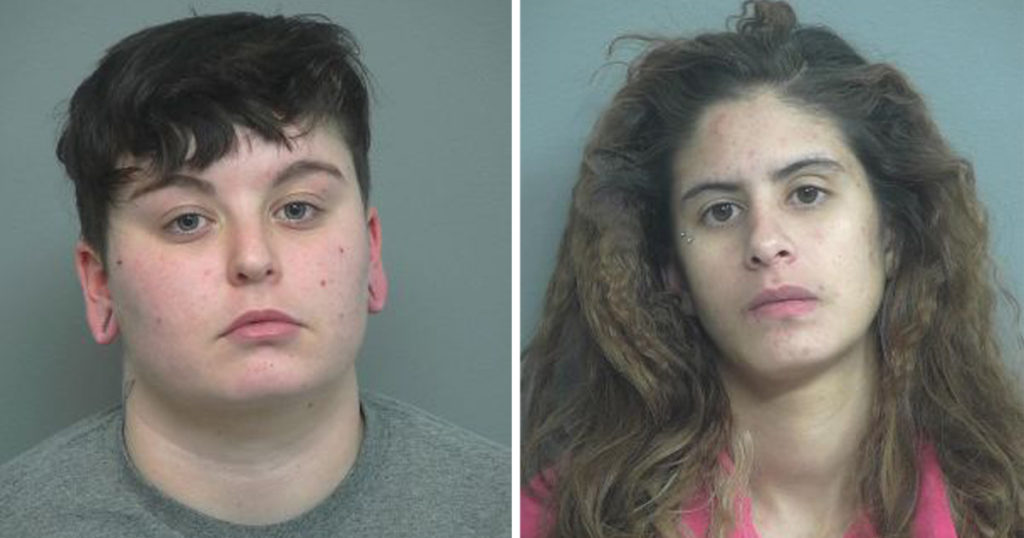 Lydia Love (left) and Jasmine Mariscal were arrested today after a routine traffic stop in Rock Springs revealed much more.

ROCK SPRINGS — The Rock Springs Police Department arrested two woman on a routine traffic stop this afternoon only to discover much more than officers anticipated.

The stop occurred at 12:15 pm when RSPD patrol officers conducted a traffic contact on a black sedan near Reagan Ave. and Sweetwater Dr.

According to an RSPD statement, the initial investigation indicated there were two active arrest warrants for the passenger in the car, Jasmine Mariscal. The warrants were issued for alleged probation violations.

Upon further investigation police discovered that the driver of the vehicle, Lydia Love, had a suspended driver’s license. A police K-9 was summoned to the scene and alerted to the presence of controlled substances in the vehicle. A search of the vehicle was conducted and misdemeanor amounts of marijuana and methamphetamine were found.

Love was arrested for driving with a canceled license, possession of a both marijuana and methamphetamine, and interference with a police officer.

Mariscal and Love have been taken to the Sweetwater County Detention Facility.

All persons are presumed innocent until proven guilty.