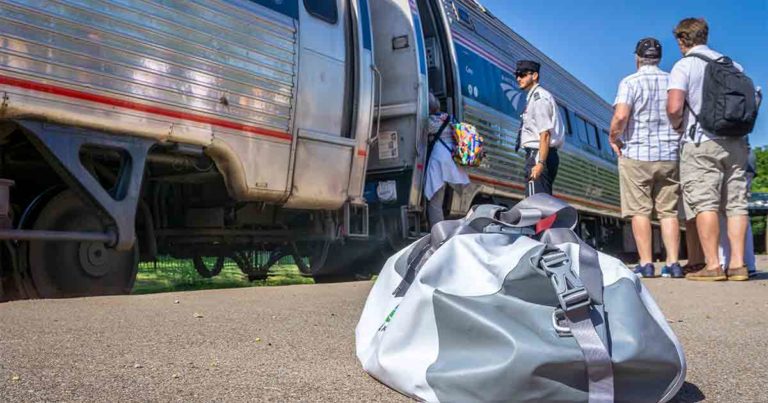 ROCK SPRINGS —All Aboard Northwest representatives visited with the City of Rock Springs this week to find out what it would take to bring back passenger rail service to Sweetwater County.

Charlie Hamilton, All Aboard Northwest Vice President, said 30 percent of all Americans do not drive for various reasons such as being too young, being too old, being classified as low income, having a disability, living in areas where weather limits mobility, or having environmental concerns.

All Aboard Northwest’s vision for transportation is to provide seamless, door-to-door connectivity to everyone within the region. They would like to see a transportation system where people can still get to work, school, the hospital, or to see family and friends even if they don’t have a car.

“You’re probably aware that if somebody comes to visit your town, they’re going to bring money with them,” he said.

Hamilton used Virginia as an example of how the service can save taxpayer dollars. Virginia saw the need for another lane on an extremely congested highway between Washington D.C. and Richmond.

To add one more lane in a 52-mile stretch would have cost $12.5 billion. They then looked at what it would cost to build a statewide freight and passenger train network and determined they could do that for $3.5 billion, which is 1/3 of a cost.

Hamilton said the Empire Builder line runs from Chicago, Illinois, to Portland, Oregon, and up to Seattle, Washington. It just doesn’t serve those endpoints, but all 46 communities in between.

The following graph shows what they would like to see the full regional greater Northwest rail system would look like. The yellow lines show the existing Amtrak routes, such as the Empire Builder. The blue lines are the new connections for the rail service.

“So while there are lots of others that you could build, we are focusing on the tracks that are already in existence,” he said.

Hamilton said while they know rail lines are currently owned Union Pacific and Burlington Northern Santa Fe and others, he believes All Aboard can create a situation where it will benefit those railroad companies.

States like California have provided funding to UP to allow for passenger train slots. UP is happy because they are getting funding and the state’s happy because they can provide transportation. The key is to come up with a way to have a win for everyone, Hamilton said.

Hamilton also said that 2022 is a good time to pursue this kind of project. There’s $66 billion of federal funding available to rail for the first time. The graph below shows rail lines currently being studied as possible passenger rail routes. In the past, the green route was used as a passenger rail route.

In order for communities to be successful, everyone needs to be on board including the chamber of commerce, economic development groups, and others, he said.

He suggested cities that are interested start hosting meeting to find out who favors passenger and freight train lines and how it will benefit the community. They also encouraged interested cities to start working on convincing decision makers on local, state, and national levels to support these projects.

In October of 2021, the Rock Springs City Council approved a resolution supporting the restoration of Amtrak’s Passenger Pioneer Route. Hamilton said this is the route they are looking at closely. Now is the time to act because the funding is available, he said.

“We really do have a unique opportunity,” Hamilton said.

To see the entire 50 minute plus presentation and discussion, watch the video below.