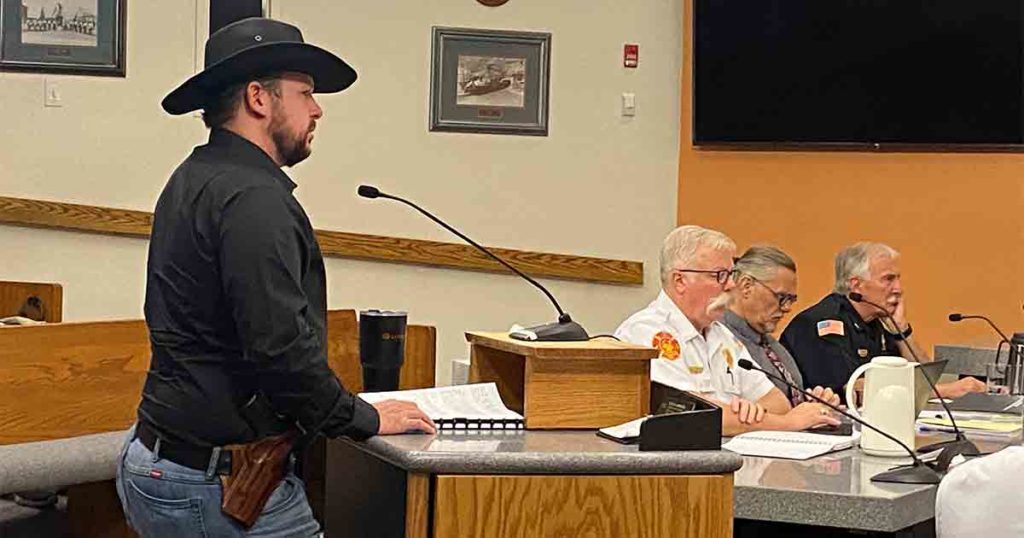 ROCK SPRINGS — During the Rock Springs City Council meeting tonight, the Council voted unanimously to table making a decision on whether or not to enter into a memorandum of understanding (MOU) agreement between the City of Rock Springs, the City of Green River, and Sweetwater County for the purpose of pursuing a 1-cent general purpose sales and use tax.

Prior to voting on the table motion, the city explained why it wanted to table making a decision at this time. The city is waiting for the Attorney General’s office to make a declaration on whether the city and county can spend money on marketing and advertising for the general purpose tax. For a special purpose tax, the city and county is allowed to spend money for marketing and advertising.

According to the resolution, the MOU is “for the purpose of sharing the costs of providing information to the public regarding the submission (of) a proposition to the electors of the county imposing an excise sale and use tax of 1 percent upon the retail sales of tangible personal property, admissions and services within Sweetwater County, to go towards funding public safety agencies due to escalating costs.”

Prior to tabling the issue, the Council listened to Senator Tom James, R-Rock Springs, who was opposed to the 1-cent general purpose tax. Sen. James said he wanted to speak against the tax because of what it is going to be spent on and because it is not transparent. He said two areas in the MOU state “but not limited to,” which he believes means the entities can just spend it on anything.

Sen. James also said government should not be involved in economic development and that if it is needed it will just happen.

“The more the government gets involved, the more things get screwed up,” Sen. James said.

He said there are plenty of areas the City of Rock Springs could cut funding, including the White Mountain Golf Course, the Family Recreation Center, the Civic Center and the Southwest Wyoming Regional Airport. These are areas the city is spending money on, but doesn’t need to, Sen. James said.

Sen. James said all of the money saved from funding these areas could be spent on fixing the Bitter Creek flood zone, which would then provide the community with economic development opportunities.

The Council agreed all of the services Sen. James wanted to cut are what provides Rock Springs residents with a better quality of life.

Rock Springs Mayor Tim Kaumo said those services are essential to helping Rock Springs residents maintain a healthy lifestyle and is often a reason why families choose to live in Rock Springs.

The Rock Springs Housing Authority’s application for the Department of Housing and Urban Development’s demolition request of a structurally unsound duplex located at 1405 Thompson, Rock Springs, WY, was approved.

The Council approved the Planning and Zoning Commission’s request for a Preliminary Plat approval for the Volcic Subdivision.

Watch the whole meeting below.