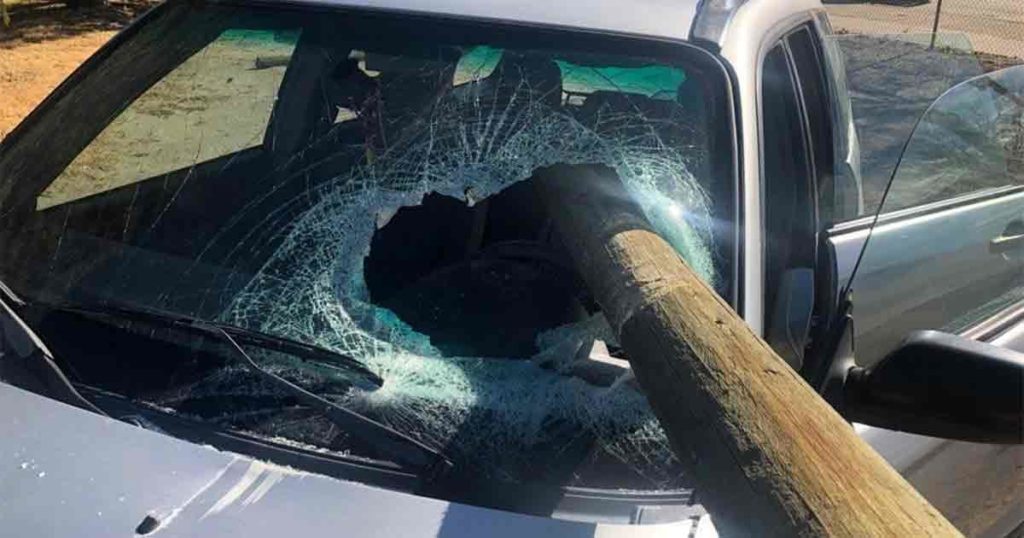 ROCK SPRINGS — On Monday the Rock Springs Police Department responded to a one-vehicle crash near Veterans Park where a pole went through the vehicle’s windshield.

According to a social media post from the RSPD, on November 15, at 11:47 a.m., officers responded to a one-vehicle crash near Veterans Park on the North Side Belt Route.

The vehicle was occupied by four high-school students. “Only one occupant received minor injuries and all were released on scene,” the post stated.

Speed is suspected of playing a part in the crash and the case is still currently under investigation, according to the RSPD.