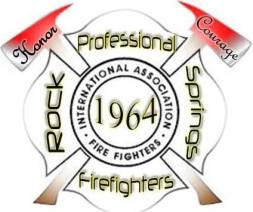 Recently the Rock Springs Fire Department celebrated its 110th year of service to the Residents of Rock Springs. To the Professional Fire Fighters it is an honor to be able to serve under the history of accomplishment and progression seen in the RSFD. Even before Ordinance #46 created a Paid Fire Department on August 18th, 1904 the foundation of tradition was being fostered.

The Clark Hose Co. was the first fire organization to exist in Rock Springs, formed in 1888 the members were paid $25 a year. Next in line was the W.K. Lee Volunteer Fire Co named after the mayor and formed in August of 1897. During these years equipment consisted of horse and man drawn hose carts, there was also a chemical engine drawn by a horse team that held a mix of soda and acid. The current museum location is where the Fire Department called home for many years. In 1894 the Chief lived above the horse stalls with his family, later on the loft became crew quarters for dept members.

Ordinance #46 was passed with John Forndran as the 1st chief and still the most tenured chief of the RSFD. In March of 1939 Ripley’s Believe it or Not featured Engine #2 a 1916 American LaFrance Pumper responding to Pinedale to help extinguish a fire in a run of 2 Hours and 10 minutes. Today parades in Rock Springs display this truck through the Shriners Club. Also displayed is a 1948 Maxim Pumper thoughtfully and skillfully restored by the City of Rock Springs and the City Maintenance Shop.

Many things have changed over the years as Pompier Ladders were replaced with Ladder Trucks. Equipment, hose, tools, and trucks have improved, some smaller, others larger, while some are rated at double the capacity of older models. In the wake of the RSFD’s 110th year we are proud of the achievements of the past. Honored that we set the standard for programs and responses seen by departments in this area. Your Professional Fire Fighters are excited for the next 110 years and looking forward to the continued development of the Rock Springs Fire Department and continuing to serve the residents of Rock Springs. 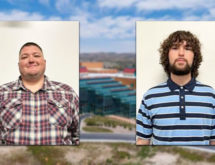 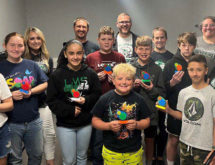