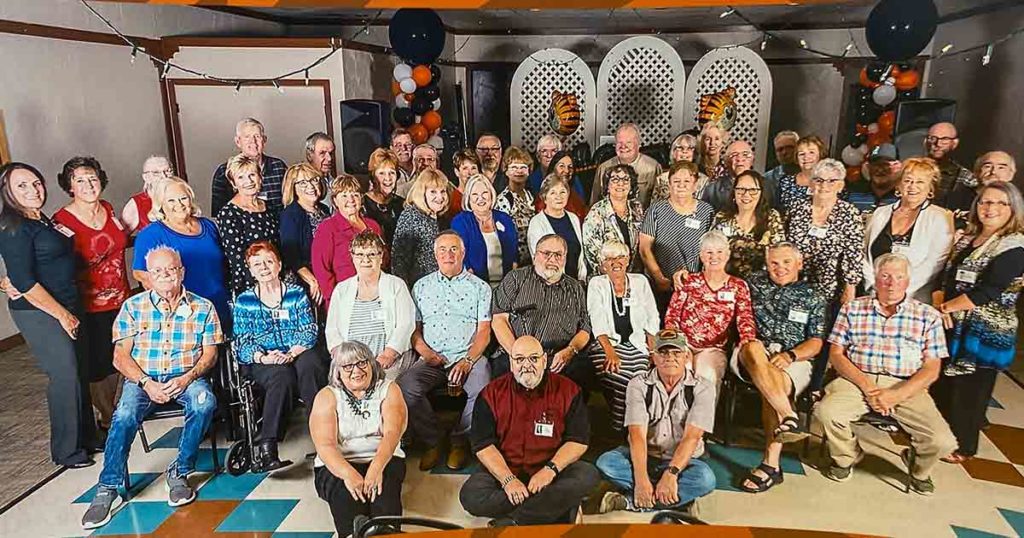 Friday night was a meet and greet at the American Legion Hall where friendships were renewed and memories shared.

Saturday night a dinner was held at Santa Fe Trails where the crowd was entertained by classmate Ed Delbridge. He was followed by an evening of Karaoke provided by Joe and JaNell Sanchez. Serenading by several soloists including Deb Bowden Archuleta, Dan Miskulin and Judy Westbrook Abrams. There were many group sessions with almost everyone joining in. There were plenty of laughs, stories of by gone days and tears for those classmates who have passed.

Sunday was a farewell coffee at Coal Train Depot with a plan to have another reunion for the 55th anniversary.

The committee encourages classmates to join our Facebook page Rock Springs Class of 1970 Reunion for updates on class members and to keep in touch.