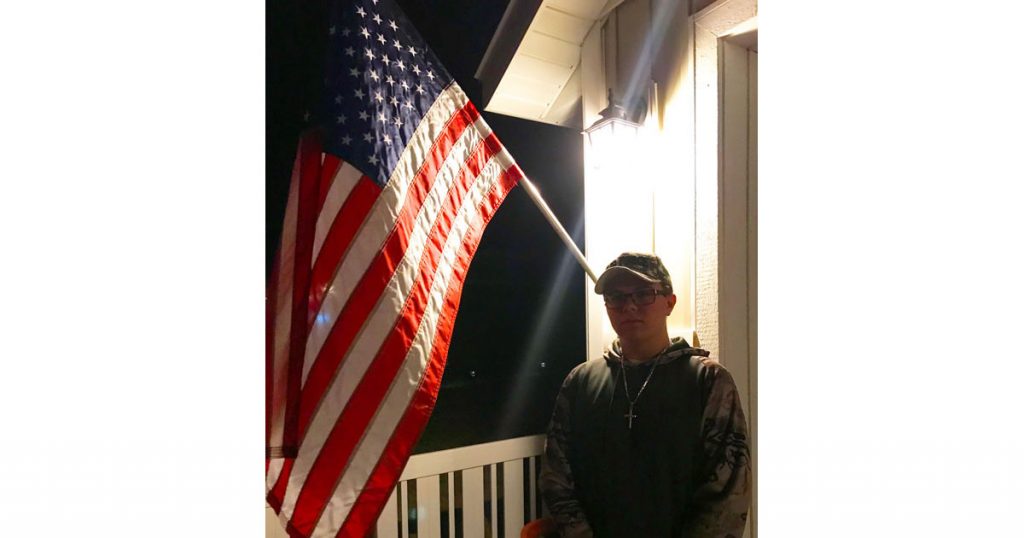 Logan Young is raising awareness for suicide among Veterans with #22ForAwareness.

ROCK SPRINGS— When Rock Springs High School student Logan Young found out that, on average, 22 American Veterans commit suicide every day, he knew he had to take action.

Young is participating in a Pay if Forward project for Health Academy at Rock Springs High School. When deciding what his project would be, he said he “decided to step out of the box and think a little deeper.”

Military is Very Important to Young

The military is an important part of Young’s life, and he has even signed up to join the United States Air Force. With the military’s impact on his life, Young decided to look toward the military for his project.

That is when he discovered that somewhere around 22 veterans commit suicide daily in the United States.

“To this sad fact, I wanted to do something that made a difference,” Young said. “So then came #22forawareness.”

The hashtag 22 For Awareness is a movement on social media that aims to raise awareness for suicide among veterans. Young found some YouTube videos of other small-town people like himself doing 22 pushups for awareness.

“I thought it was amazing, so I wanted to spread it around. That’s when I decided to take action here in Rock Springs,” Young said.

Young challenged his Facebook friends and his fellow RSHS students to join him in his efforts of raising awareness for the issues veterans face that make them feel the need to take their own lives.

“On my Facebook page, I have challenged all my friends to doing 22 pushups every day for a month, or 30 days,” Young said. “I also decided to talk over the intercom at school to let the students know of this cause.”

Young said people can post videos daily, every few days, or post them all at the end of the 30 days. He just hopes people will join in on the cause.

Taking Any Form of Action is Important

Young filmed his first #22forawareness video on December 15 and has been filming daily videos since. He uploads them to his Facebook page in hopes of raising awareness and spurring action.

“It’s tragic that so many veterans are committing suicide every day and I feel it’s very important to just take action in even the slightest form,” he said.