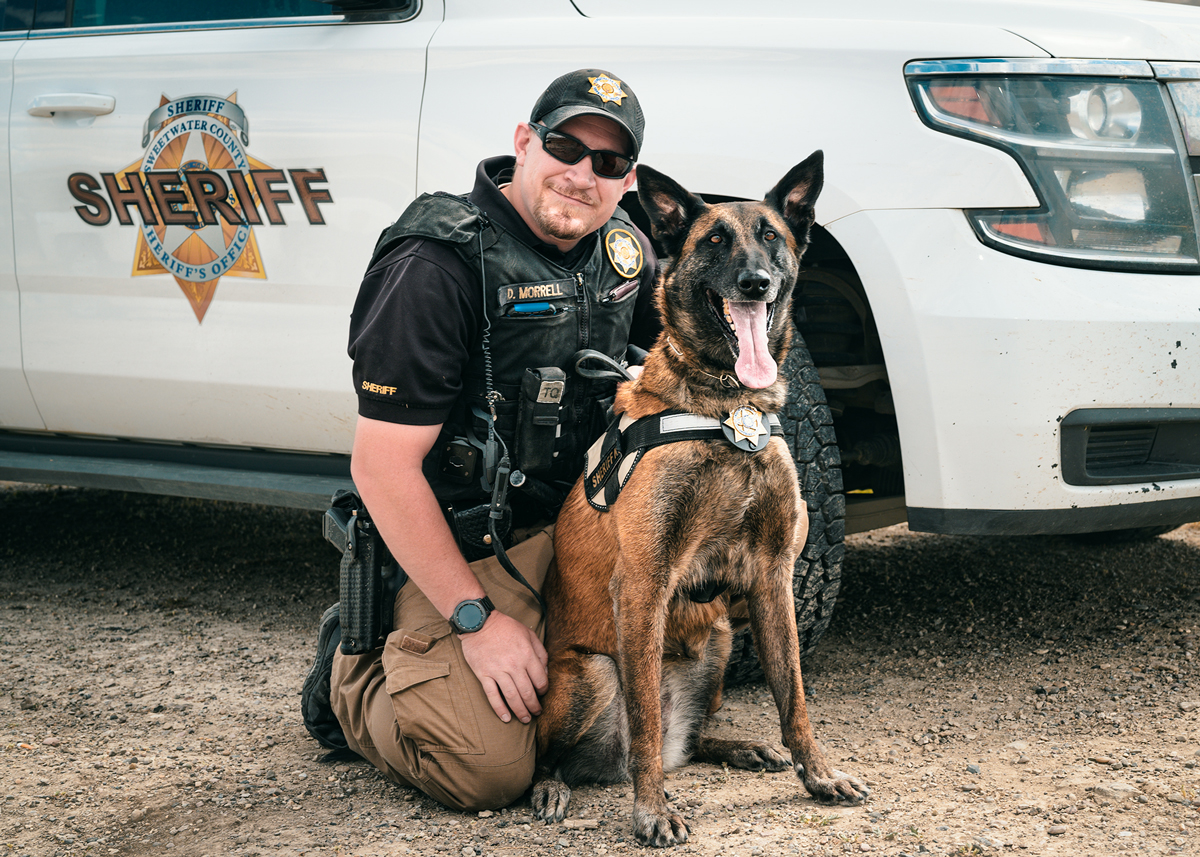 ROCK SPRINGS– On Sunday, July 28, 2019, at approximately 6 pm, sheriff’s deputies responded to the 900 block of Jefferson Avenue in Rock Springs to assist officers from Rock Springs Police Department in locating a missing child.

The boy’s mother reported to police that her child wandered out of the yard while playing with their dogs, that she was looking but could not find him and that he had been missing for approximately 15 to 20 minutes. After providing a physical description, she further advised that her son suffers possible developmental disabilities inhibiting his communication skills. Minutes later, sheriff’s deputies and RSPD officers arrived in the area and began canvassing the surrounding neighborhood in vehicles and on foot in search of the missing boy.

At approximately 6:25 pm, a sheriff’s office canine handler, Deputy Sheriff Derek Morrell, and his canine partner, K-9 Deputy Jara, deployed from the residence in an effort to track the child. About ten minutes later, after forcefully dragging Deputy Morrell down an alley near Thompson Street, between Jefferson and Washington Avenue and behind the child’s residence, K-9 Deputy Jara adamantly alerted to a parked and locked vehicle in the alleyway.

While attempting to secure K-9 Deputy Jara, Deputy Morrell briefly peered inside the vehicle’s window and found the missing child curled up on the driver’s floorboard. With the help of RSPD Officer Jennifer Chick, officers quickly located the vehicle’s owner, opened the vehicle and rescued the boy. After a precautionary evaluation by emergency medical personnel on scene, the child was then reunited with his mother.

Morrell is a 9-year-veteran of the sheriff’s office; he is currently assigned as team leader of the canine program and also works as a field training officer. Serving since 2016, Jara is a 5-year-old female Belgian Malinois whose acquisition and continued service to the sheriff’s office is made possible, in part, through the use of the agency’s drug seizure fund.

In a letter commending Morrell and Jara for their role in this incident, a sheriff’s office patrol supervisor, Sergeant Matt Bartolotta, wrote, “Deputy Morrell’s and Deputy Jara’s actions may have very well saved this child’s life. Sweetwater County Sheriff’s Office and the citizens of Sweetwater County are lucky to have a duo like them.”