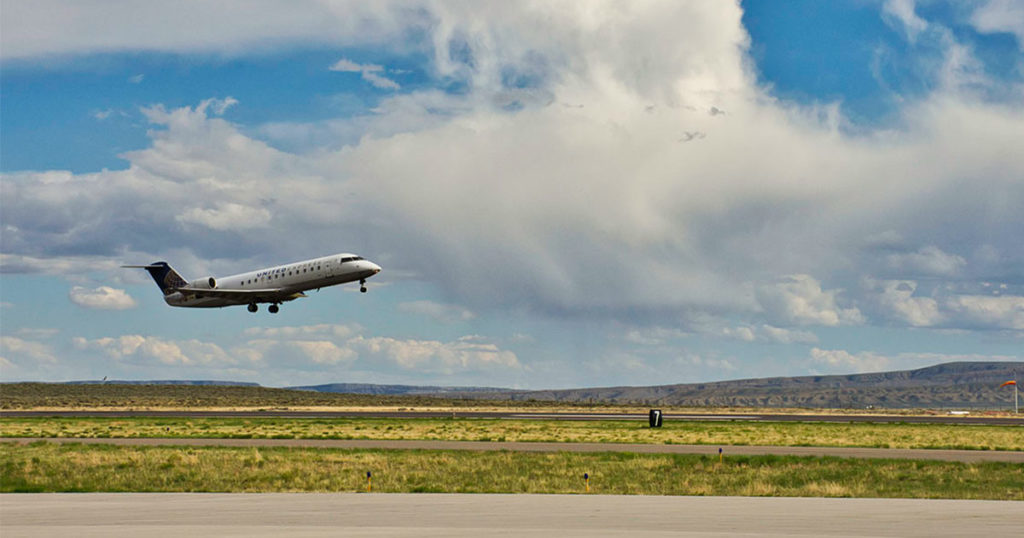 “For years, every time there was a new building built or any improvements at the airport, they just throw a new septic system in somewhere,” Brubaker said. “So, over the years, we’ve ended up having multiple septic systems with varying levels of design and operability across the property.”

The initial plan was to put in a septic system for the terminal and the adjacent 75 acres, however after researching how Love’s truck stop in Jamestown did their septic system, the airport is putting in a septic system that will cover the entire airport, Brubaker explained. Not only will this system handle what the airport’s current needs are, but future needs as well since it can be expanded.

“I’m really excited for that. It’s not glamorous to talk about solid waste like that, but it’s a pretty big deal,” Brubaker said. “Once this is done really the only thing that’s in our way of future development is the lack of a water line to the airport because our sewer situation will be addressed.”

Brubaker said the 24,000 square foot snow removal equipment facility project should be wrapping up soon. Once that project is complete, the current snow removal building will be vacated and turned into hangar space, which the airport really needs.

According to Brubaker, the airport has already committed to leasing about 112 percent of its hangar for the winter.

“In 2022, we expect it to be another 20 percent increase over that,” Brubaker said. “The hangar has been a phenomenal success for the airport…”

He said they do not have anymore hangar space available and if he had $4 million to build another hangar, he would, but the grants they used to build the first hangar is no longer available. However, Brubaker is in the process of trying to find other funding options.

“I can’t thank this Council enough for the support of the fuel farm,” Brubaker said to the RS City Council. “Over the last 12 months, even in the last week, there’s been substantial fuel shortages across the rocky mountain region at airports. I can safely say every airport in Wyoming ran out of fuel or rationed fuel at one point or another last summer, except for our airport.”

Brubaker said the airport never dropped below 30,000 gallons of fuel on hand, which was a different approach for them. They were proactive in their fuel ordering.

No one put the airport on restrictions because they had plenty of fuel. Brubaker said they were required to submit daily updates to the Federal Aviation Administration, Bureau of Land Management, and United States Forest Service on how much fuel the airport had on hand.

“As everybody’s aware, the pandemic has really decimated air travel. It’s caused a lot of problems in the aviation industry,” Brubaker said.

The airport’s passenger numbers for 2021 did see a significant increase, 67.3 percent. However, that’s after 2020 numbers, which were down. When comparing 2021 to 2019 numbers, passenger travel is still almost 35 percent, he said. This followed 2016-2019, which was when the airport grew its passenger service by 57 percent.

According to Brubaker, the airport was about ready to add another flight when the pandemic hit. During the pandemic, they were lucky to keep one flight going.

“So those numbers continue to grow during the pandemic,” he said.

Going into the pandemic, there was already a pilot and crew shortage. During the pandemic, they were not needed, but as soon as the travel started to bounce back, the airline industry couldn’t meet the needs. Brubaker said this is why the airlines are cancelling flights.

“They cannot fly flights, if they don’t have the flight crews,” he said.

He said it’s just not the flight crews that are short staffed, but the ground crews as well. He said this is the worst he has ever seen it. Every airline and airport in America is being impacted. Brubaker said he knows all of this will come to an end, but he just doesn’t know how long that will be.

To listen to the entire airport update, watch the video below. The airport discussion starts around 36 minutes.