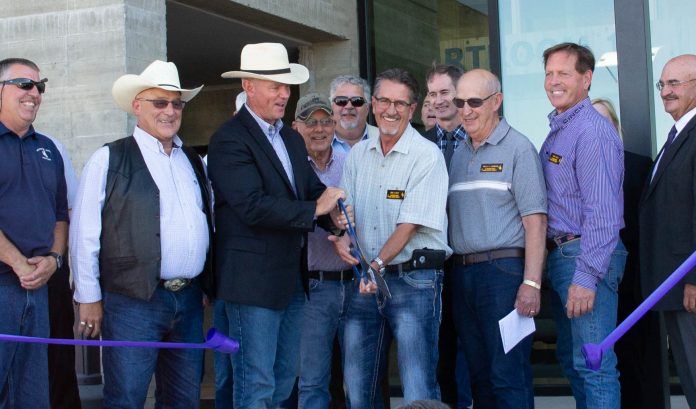 Governor Matt Mead was present at the ceremony, as well as the Sweetwater County Commissioners, and several Wyoming State Legislators.

Governor Mead praised Sweetwater County for making so many “remarkable” improvements, and added that the Justice Center is a “magnificent” facility that now matches the county’s great law enforcement and judicial staff.

The Justice Center is made up of three buildings—the Judicial Building, the Law Enforcement Building, and the Sheriff’s Storage Building.

Putting the County Attorney’s Office, the Public Defender’s Office, and the Sheriff’s Office in the same location allows for improved public service, efficiency of the courts, safety, and cost effectiveness.

The detention staff for the Sheriff’s Office is currently located at the Detention Center, so it is more efficient to locate the Patrol and Emergency Management divisions at the same site.

Freeing Up a Courtroom for District Court

By moving the Green River Circuit Court to the Justice Center, one courtroom has been freed up which will now be used as a second District Courtroom. 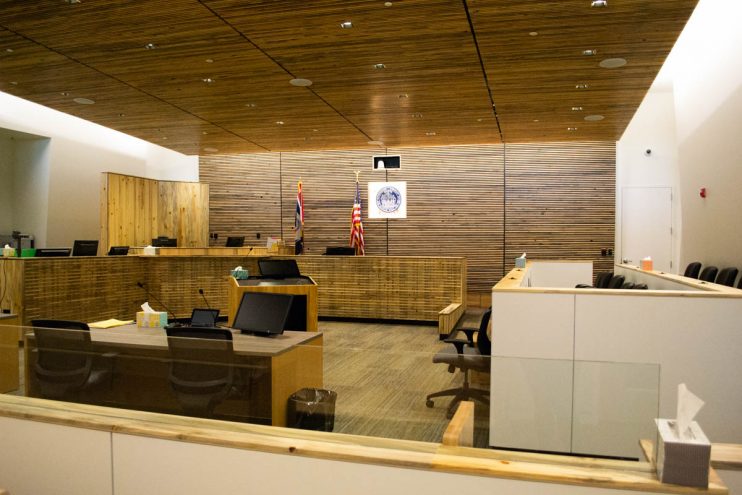 Joining the Circuit Courts Together

The distance between the two courts made it difficult for Judge Prokos and Judge Jones to balance the workload and share the staff.

The joining of the facilities into the Sweetwater County Circuit Court allows them to work more efficiently.

Governor Mead said he believes the Sweetwater County Circuit Courtrooms have the best technology and security that he has seen in the State of Wyoming. 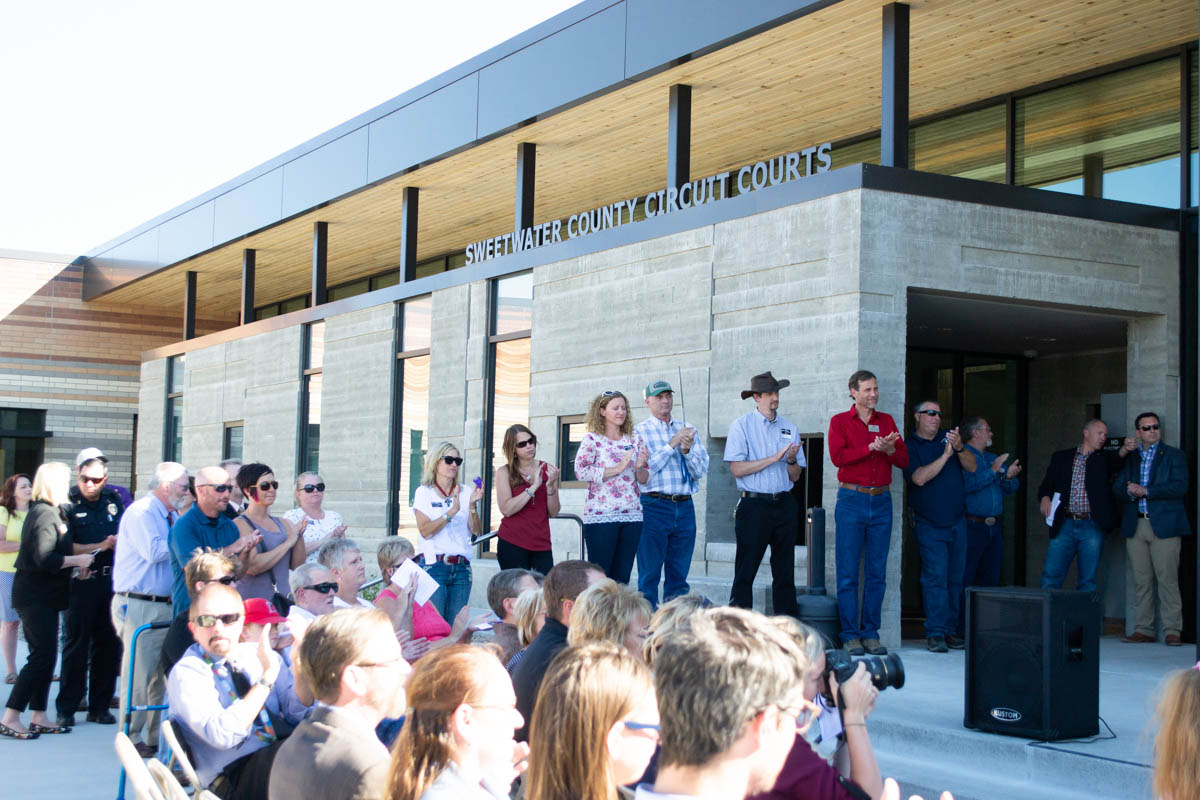 Planning for the Future

The Justice Center’s jail facility was built keeping in mind that the capacity needs to be suitable for the future, rather than just being suited to the present capacity needs.

Governor Mead praised the thoughtfulness of this, saying it is a “brilliant idea” to build for future capacity influxes rather than for now.

With the Justice Center being built to not only today’s needs, but future needs, Judge Prokos said it will provide an adequate environment for years to come.

“We have something here today that took all the lessons of the past, created something in the present, and we can now go forward in the future knowing we have something that is flexible, expandable, and will live on for at least 50 years in this county, and that cannot be understated,” Judge Prokos said.

Funding for the Justice Center facility was obtained from funds set aside for Capital projects in the Sweetwater County budget, and through grant awards from the State of Wyoming. The county funded $16,361,007 and the state funded $3,888,993 through grants.

Wyoming Supreme Court Justice Kautz said the completion of this facility reflects a huge commitment from the Sweetwater County Commissioners, as well as from the Wyoming Legislature. Justice Kautz credited the legislature for “recognizing that justice in each county affects all of us in the rest of the state.”

“The cooperation between the county and the state here, should set a standard for the rest of the state,” Justice Kautz said. 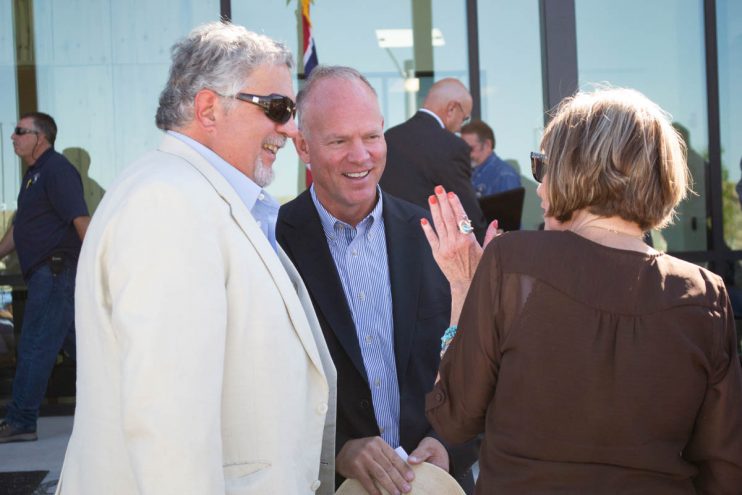 Judge Prokos said that the diligence of the Wyoming Legislature, the County Commissioners, and the Wyoming Supreme Court made this facility possible.

“Vision without funding is a hallucination. The commissioners in this county have been extremely diligent stewards of our resources, our funds, and everyone’s time in this project,” Judge Prokos said. “Our legislators helped us get the funding, and the match moneys. Our supreme court folks helped us with tech funding and of course other support.”

The County Commissioners also thanked Governor Mead for being a great friend to Sweetwater County and supporting the county’s efforts to improve.

More Photos from the Dedication and Ribbon Cutting Ceremony