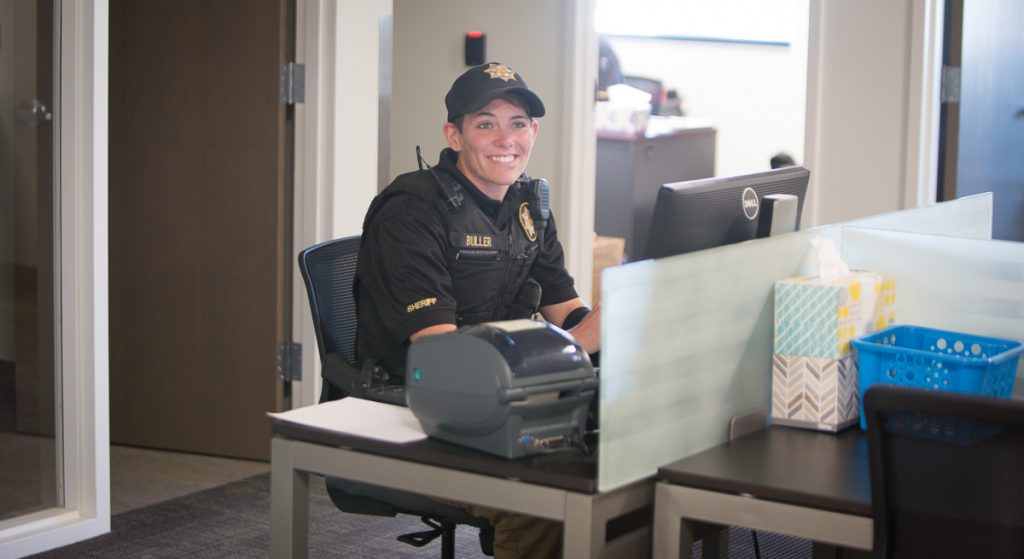 The court’s closer proximity to the jail now allows deputies to transport inmates through an underground tunnel as opposed to being transported in a van to Circuit Court.

“There is no interaction with outsiders. All the processes are controlled. There have been some magnificent brawls that have happened in the past,” said Lowell.

A security station has also been added to the Detention Center’s central control room, which monitors the parking lot, the hallways, elevators, and tunnels for the Justice Center. The new cameras bring the camera count to well over 200 cameras for the combined facility.

Some parts of the new facility will make doing to detective work easier. New evidence lockers will make the chain of custody, such as for the 2,000 lbs of marijuana currently housed there, much more secure.

Emergency management, bomb squad trailers, the office’s two 30-foot patrol boats, and public health trailers are able to be stored on the 30+ acres.

The new facility also sports a large workout room available to all county employees, training facilities for staff, and a conference area available to the public.

A ribbon cutting with Governor Matt Mead and an open house with tours will be hosted tomorrow, July 18, at the Justice Center at 5 PM. The new Justice Center is located on Highway 191 just south of Cruel Jack’s.