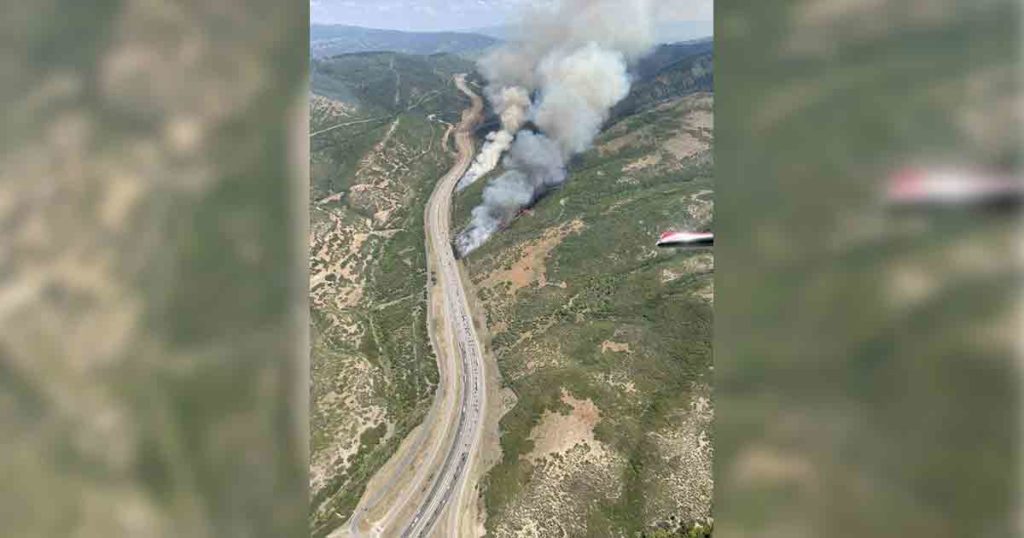 PARK CITY, UTAH — The Parleys Canyon Fire, near Park City, Utah, is 0 percent contained and at about 1,500 acres, according to the latest report from Utah Fire Information’s Facebook post.

As of 7 this morning, the fire has 120 personnel on the scene. No accurate mapping is available yet, but ground reports show the acreage close to 1,500 acres. The fire was determined to be caused when a catalytic convertor in poor working order ejected hot particles along the roadside.

Yesterday, August 14, as land and air crews fought the fire, about 2,000 structures and power lines were being threatened, including the Summit Park area. Interstate 80 was closed both directions until the fire near I-80 could be pushed back.

Areas around the fire were being evacuated. The most recent list of areas under evacuation are: Summit Park, Pine Brook, Lambs Canyon and Mill Creek. An estimated at 6,000-8,000 homes are included in this evacuation. An evacuation shelter has been set up at Park City High School, another Utah Fire Information social media post states.

The evacuation orders are anticipated to last until Tuesday, however they will be re-evaluated daily, according the the social media page.

Officials are reminding residents to use caution and avoid the area. For more information visit the Utah Fire Information Facebook page.