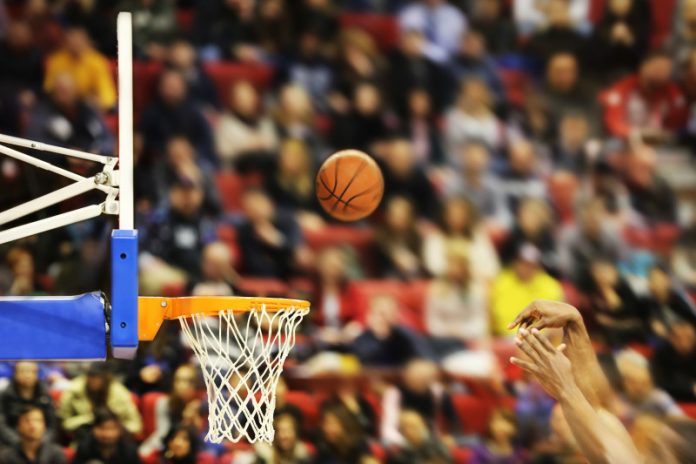 ROCK SPRINGS – The Rock Springs Tigers bounced back after a loss on Thursday to take down Sheridan for their first win of the season, 70-57.

The Tigers opened the Bill Strannigan Tournament in Riverton with a loss to the host team and had a tough challenge on Friday as they faced off against the fourth-ranked Sheridan Broncs. Like they did on Thursday, the Rock Springs Tigers started strong.

An offensive putback by Kelby Kramer had the Tigers off and running early. A three by Brady Arnoldi and a three-point play the old fashion way by Trevor Hautala had the Tigers up eight. Hautala would hit three more times in the first and Brent McMurtrey added a three as the Tigers took the lead after one, 23-7.

After leading the way on Thursday, Hautala finished a strong first half with 13 points. Mikkelsen finished with nine while Kramer added six points, six rebounds and seven blocks in the half.

Sheridan started the second half hot as they outscored the Tigers 14-7 to start the third quarter to cut the lead to 11. The Broncs were able to get it to single digits but a Hautala jumper at the buzzer put the Tigers up 10 heading into the final period, 49-39.

A three-point play by Arnoldi to start the fourth put the Tigers back up by double figures. Sheridan responded with three quick buckets to cut the lead back down to six. The Broncs had a chance to pull closer but a steal by Mikkelsen led to two on the other end. However, Sheridan came right back with another big shot.

With 4:27 left, Hautala would hit from the outside as the Tigers went back up by eight. After a Sheridan bucket, Beltran hit twice including a big three to put the Tigers up 10 with 2:30 left, 51-41. The Broncs continued to come at Rock Springs as they cut it back down to six.

A Sheridan technical foul led to Hautala free throws as RSHS extended the lead back to eight with just under two minutes left. The Tigers never panicked during the strong Bronc push and were patient down the stretch. The Tigers worked the ball into Lionberger who put the Tigers back up by 10 with 1:10 left.

The Tigers will look to continue their winning ways on Saturday as they face Jackson in a preview of conference play as the Broncs made the jump to 4A during the off-season. Tip is scheduled for 4:30 p.m. at Central Wyoming Community College.